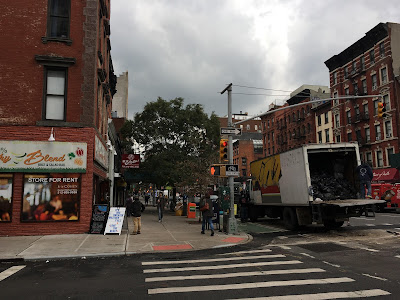 Workers have been doing some major excavating of late in the empty corner storefront on Second Avenue and Fifth Street... One of the workers told EVG Interior Demolition Contributor Derek Berg, who took the shots below, that there were multiple layers of floor and ceiling here... (some cheap-o and quick-o renovations from the past...) 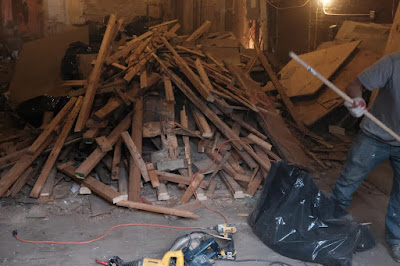 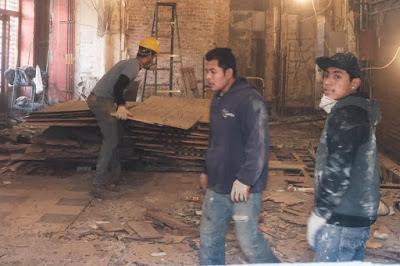 The work permits don't shed much, if any, light on the next tenant. The permits say, in the ALL-CAP DOBese:

The space was last 100% Healthy Blend (or maybe just Healthy Blend), which closed last November after three months ... and previously it was the underage-drinking hotspot Dahlia's and Mary Ann's.
Posted by Grieve at 4:00 AM

Let's hope that we might get a good restaurant rather than a beer hall/sports bar/santa con lovin'/let's ruin the neighborhood a bit more type of place. Or, maybe, perhaps a store that actually sells something other than food or drink, like..clothing?

Please let it not be a starbucks™

Eden Bee™ said: Please let it not be a starbucks™

That would be like three, in the neighborhood? Are you sure we have enough?

Who would be an ideal tenant for this location?