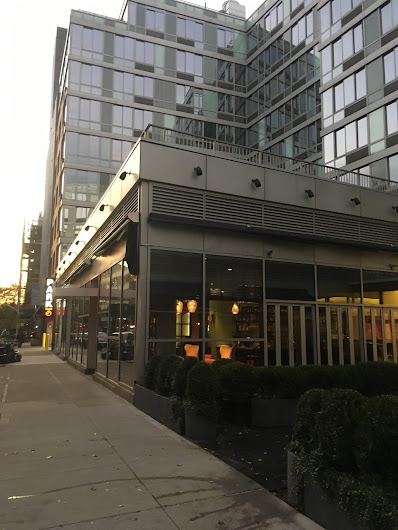 In recent months we've been watching the gut renovation of the former L'Apicio space at 13 E. First St. in the Avalon Bowery Place complex between Second Avenue and the Bowery.

The New York Times has a preview of the restaurant, called Baar Baar, which opens tomorrow.

At Baar Baar, which means “again and again,” [Sarkar] dabbles in sous-vide, foams, gels and such, but they do not dominate the menu. His small plates, assorted mixed thali platters and bigger plates provide a range of flavors, including traditional (like tandoori mushrooms, Kashmiri-style lamb ribs and butter chicken) and innovative, like potato and bone-marrow kulcha, asparagus pepper fry with cauliflower mousse, and oysters with guava, chile granita with lemon foam.

He makes liberal use of avocados and offers creative cocktails, some mixed with Indian spirits. “When it comes to contemporary Indian food, New York is years behind,” he said. 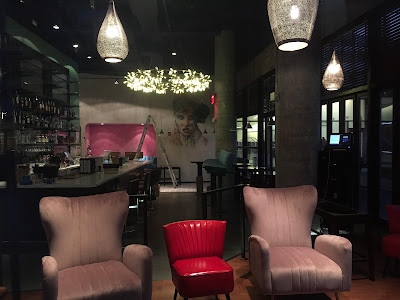 Sarkar is also the chef of Rooh, a similar-sounding restaurant that opened in San Francisco early this year.

L'Apicio closed in May after five years of serving high-end Italian.

L'Apico ends its 5-year run tomorrow night
Posted by Grieve at 4:00 AM