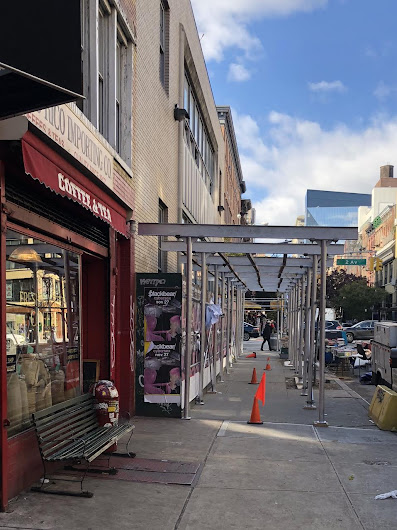 As previously reported, the Swiss Institute, a non-profit cultural center, is moving to the Icon Realty-owned 130 Second Ave. at St. Mark's Place.

Workers have been gutting the former Chase branch since August... on Tuesday, the sidewalk bridge went up ... 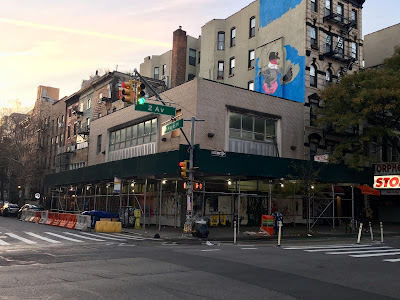 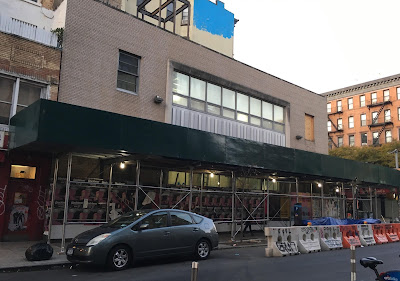 Hopefully this will help preserve the wheatpaste ads that seem to change every few hours on the plywood.

Inside, here's more about what to expect via the Institute's website:

The design for the building will create spaces for exhibitions, projects and public programs, a library, a bookstore, and a rooftop garden. SI’s new home is located within half a mile of several prominent cultural and educational institutions including Anthology Film Archives, Cooper Union, Danspace Project, ICP, La MaMa Experimental Theatre Club, New Museum, New York University, The Poetry Project, and The Public Theater.

The scaffolding and construction netting is going up now... 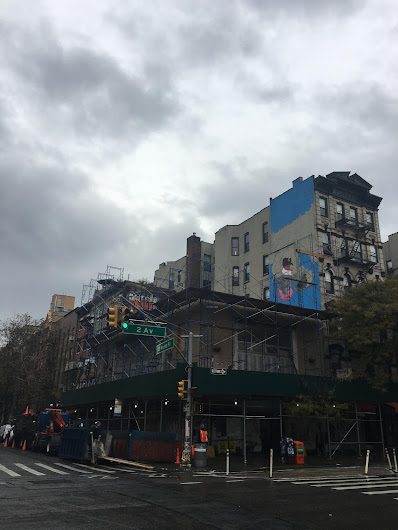 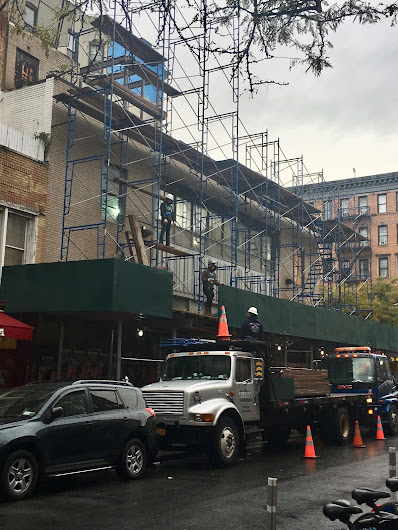 Previously on EV Grieve:
Swiss Institute moving into the former Chase branch on 2nd Avenue and St. Mark's Place
Posted by Grieve at 7:54 AM

I'm so glad this building was not demolished for luxury housing, rented by a big chain, or taken over by a new "cabaret / sports bar / TGIF...". I look forward to future exhibitions.

They need to add a restaurant that serves Swiss food, along the lines of Cafe Sabarsky in the Neue Galerie.

Yes please turn the library into a restaurant and the bookstore into a gift shop. Better idea, dump the exhibition space and make it the Swiss Restaurant Institute with gift shop.

PS - locals may be surprised by what the SI exhibits.

very happy about this

Swiss have money to blow. This crap ain’t cheap.

Not happy about the roof garden and the annual Swiss Miss yodeling contest.

Such good news. I am excited to see what this turns into!
And to learn how to yodel.

I'm sure the Swiss Institute will be a nice addition to the neighborhood. However, I fear the area under the large scaffold may soon become the Crusty Hilton.