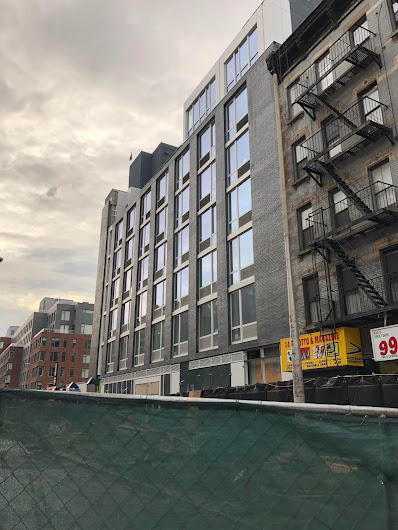 Leasing is underway in the new luxury building called EVE, officially at 433 E. 13th St. between Avenue A and First Avenue. This is on the site of the onetime Peter Stuyvesant Post Office (1951-2014). 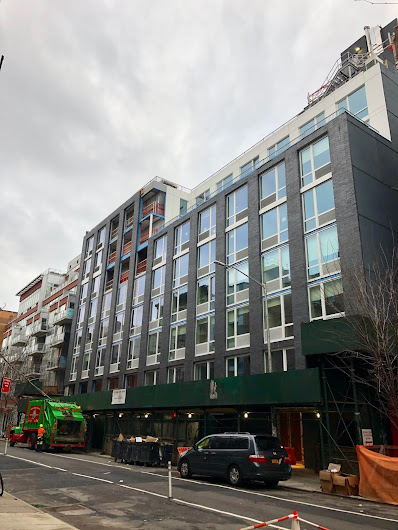 New York Yimby, who first reported on the leasing, noted that market-rate units begin at $3,250 per month for studios and up to $7,000 for two-bedroom, two-bathroom units. In addition, as an 80/20 development, 20 percent of the apartments are designated as affordable.

Here are a few items about EVE to note from the website, which includes lines such as "rEVEl in your surroundings" and "EVEnings out" ...

Eve’s premium amenity package was thoughtfully designed to appeal to the busy New Yorker. An inviting tenant lounge, complete with a cozy fireplace, is perfect for freelancers working from home, and the state-of-the-art fitness center makes it easy to fit in a workout first thing in the morning, or later on as the day is winding down. The true stand-out is the fully landscaped roof deck, furnished with an expansive lawn, a barbecue area, and an outdoor TV and sound system which will change movie night forever.

The neighborhood’s artistic and rock roots are tastefully woven into the building’s design, bringing color and creativity to the clean, contemporary spaces. Original artwork in the REED lounge by Francis Le Gaucher and Alexander Jackson pays homage to some of the neighborhood’s most iconic bands, and Remko Heemskerk’s courtyard mural adds palpable warmth to a collaborative area.

Those iconic bands would be the Velvet Underground, Blondie and the Ramones. 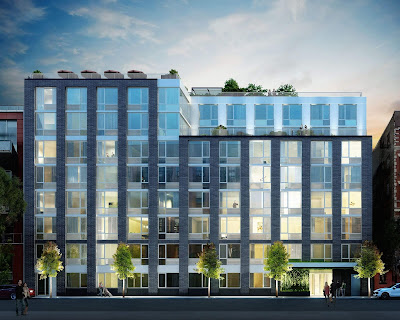 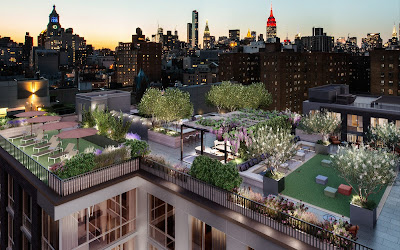 In the short term over the next 24 months or so, residents facing 14th Street will have a view of the L-train construction work, including the new entrance and elevator for the train at Avenue A. As previously reported, 14th Street between First Avenue and Avenue A is serving as the main hub for the Canarsie tube rehab, likely even under Gov. Cuomo's new plan for weekend-only work.

The L-train prep work started in July 2017 on 14th Street between First Avenue and Avenue B. In recent months 14th Street residents and local elected officials here have spoken out about the noise, traffic, and dust and debris that have impacted air quality along this corridor.

As for the new building, reps for Benenson and Mack Real Estate previously sought a variance to build four more floors (to 12 from 8) than the zoning would allow to make up for the "extraordinary construction costs" from poor ground conditions here. They ultimately withdrew this request in March 2017.

A Trader Joe's was originally slated for the 14th Street retail space. However, a Trader Joe's rep told me the following in October: "Unfortunately, we do not have any current plans for a store at that location."

Several articles about EVE do mention the Trader Joe's for the new building ... it's also on the map of local businesses on the EVE website (though it's not actually mentioned anywhere on the site) ... 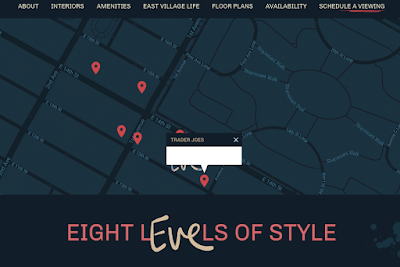 And here's a look inside the under-construction retail space, which includes an escalator... 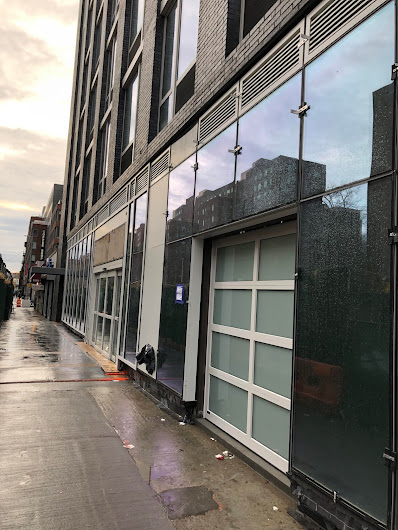 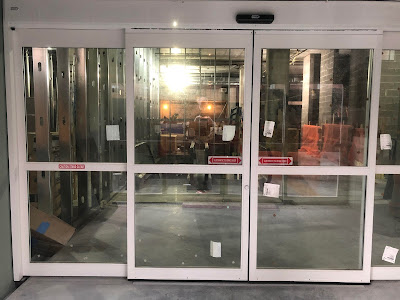 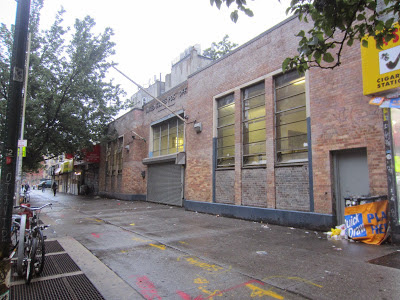 My fondest memory of the PO was the time Allen Ginsberg held the door open when I was about to enter, we exchanged smiles and went on our way. This was in the 1970s.

They forgot to mention if you lease an apartment on the Ave A side you will get a view of the much nicer yet equally priced (Target) building.

Hey Grieve can you do me a huge favor? When these developers say "affordable" is it possible to include the rates they're asking for the apartments? I'm always confused about what "affordable" means these days. It's an ambiguous term.

Sound system and movie nights on the roof? Bad noise news for neighbors.

These are decent nice new apartments. Very livable. But...very expensive and not large by any means. And my biggest critique is the look of the exterior. So antiseptic, so blah, so nothing.

Because the velvet underground and blondie and the ramones have SO MUCH in common with yuppie turdbags and trust funders living in a silly "luxury" apartment building and shopping at an antiseptic chain like trader joe's. They love to come in and bulldoze the grit...but then install a mural paying VERY half-assed homage to the grit...so that they can pretend to be cool/rebels without actually getting their hands dirty.