Reader report: These street lights along East Houston have been out for several years 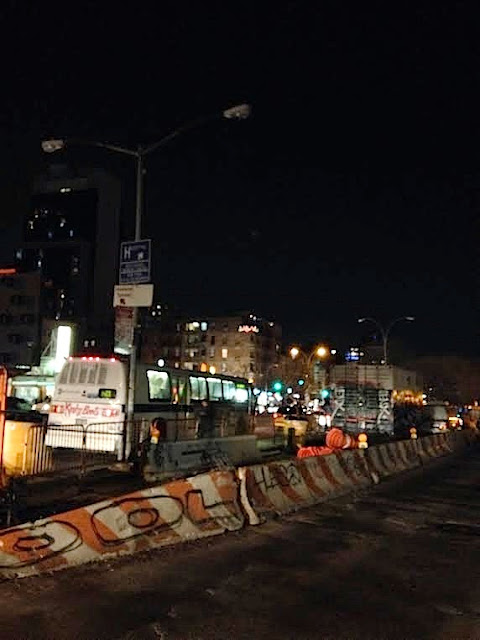 An EVG reader tells us that there are two street lights out just west of Avenue A along East Houston and East First Street ... 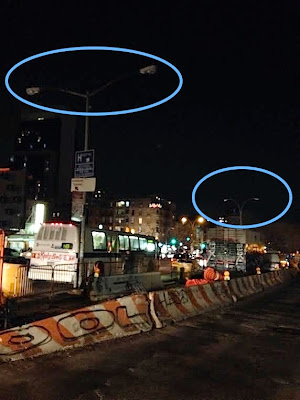 According to the reader, the lights have been dark "for several years."

"I have called 311 several times and even talked to the guys who have been working on [the East Houston Reconstruction Project] for the last 600 years. They never get fixed," the resident says. "It is very dark on both Houston and First Street. I have almost stepped on little dogs since I can't see them and tripped on the horribly uneven sidewalk." 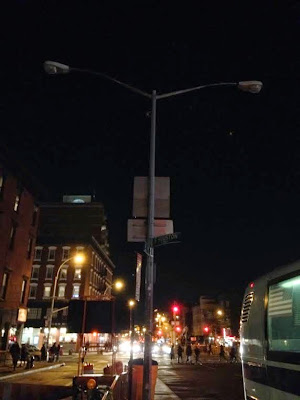 This can be a rather treacherous thoroughfare here. There's a lot going on with various traffic patterns … not to mention the construction equipment, the bus stop, the pedestrians, etc. … made all the more challenging along a darkened corridor … 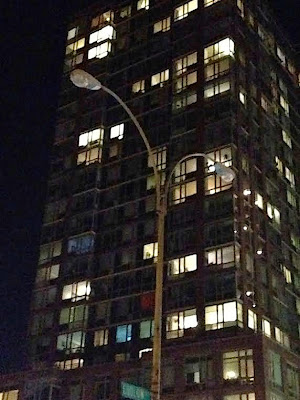 As for the East Houston Reconstruction Project, the city expects the work between the Bowery and the FDR to be completed by December 2105. (Find an update here, PDF) Perhaps the lights will come back on then.
Posted by Grieve at 5:13 AM

Oh my goodness, yes! My brain had never processed it until now, but it IS incredibly dark in that area. I always avoid walking that stretch of Houston after dark. I guess I assumed I didn't like it due to construction, but it's totally the light issue. Next time I'm in the area, I'll note which lampposts these are exactly and will also call 311. Maybe if more of us do it, they'll finally do something.

Circles? Seriously? The arrows are gonna be awfully jealous.

No Call, No Show, No Work. You know the rules.