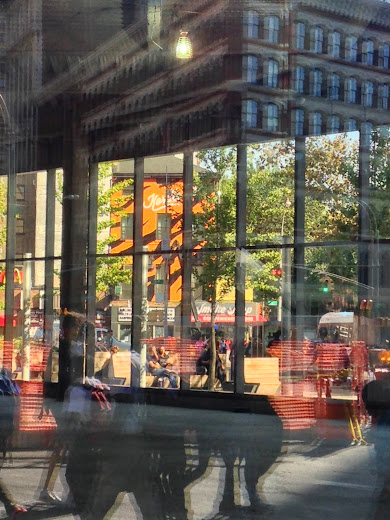 Korilla BBQ made a splash of sorts with the building-high, tiger-striped mural outside its first restaurant coming to 23 Third Ave. at St. Mark's Place.

A news release that crossed our (pretend) desk last week provided some more details on Korilla's interior, which will include an intricate illustration by East Village artist Terry Galmitz.

According to the release, "Korilla will present its street culture within the context of the illustrious history of the East Village. As a new establishment in the area, Korilla pays homage to the past, while embracing the present, and aiming to shape their surrounding landscape in a positive direction in the future."

Galmitz, 67, has lived in the East Village his entire life. And we've always really liked his work. 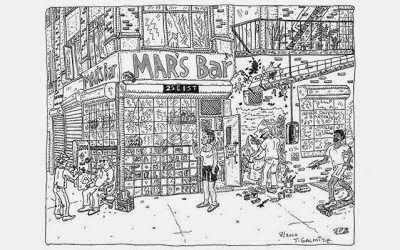 Korilla BBQ is expected to open in early October.

Previously on EV Grieve:
Terry Galmitz's East Village
Posted by Grieve at 4:58 AM

Now there's one more thing to like about it!

Looking forward to checking them out!

I was a close friend of Terry Galmitz for years. He was from the Bronx and did not live his entire life in the east village.