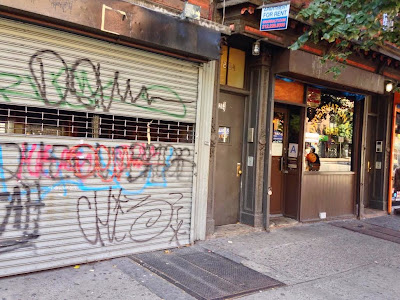 There are plans to relocate neighborhood favorite the International one storefront away on First Avenue between East Seventh Street and St. Mark's Place.

International owner Molly Fitch, who along with Shawn Dahl, reopened the bar in June 2008, said that the opportunity to move so close is too good to pass up. However, it's not a done deal just yet.

If it works out, then Molly and the International crew will have more room to work with. South Brooklyn Pizza, which closed in April, was split into two sections, the space for to-go slices and a dining room.

Molly, who also owns the Coal Yard one block to the south on First Avenue, said that she would use the space on the right for an NYC-style to-go pizzeria. The left side of the storefront would house The International. (She'd retain the warm, comfortable vibe of the current bar.) 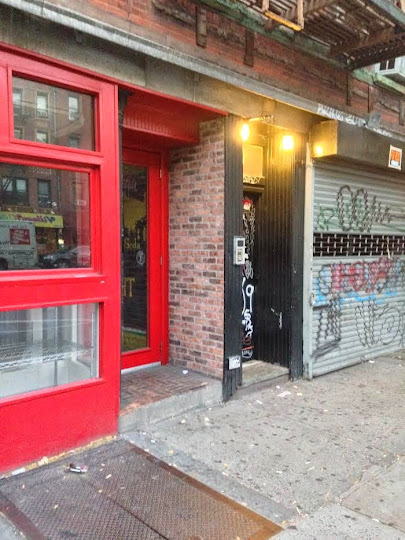 This would be the fourth iteration of The International, which was originally on St. Mark's Place before the owner moved it to its current location at 120 1/2 First Avenue. The International closed in 2002 after the death of the partner of the original owner's son. The space sat in limbo until Molly and Shawn reopened it in 2008.

The application for a new liquor license will likely be one of the items expected before the CB3/SLA subcommittee meeting next month.
Posted by Grieve at 5:30 AM

i remember molly as a super talented guitarist. f pizza, put in a stage where she can shred!

Molly is one of the good people. <3