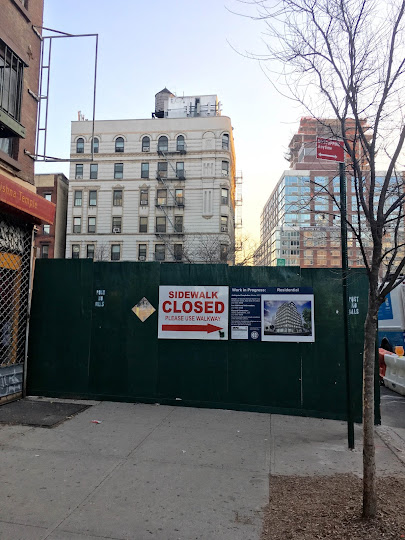 As you may know, there are city-approved plans on file for a 10-story retail-residential complex at 24 Second Ave. and East First Street. (Former home of a gas station and pretty good coffee, truth be told.)

Last October, we spotted a rendering for the new project... though not at the website of the architect of record (RSVP Studio) but rather the website for mortgage lender Ladder Capital. 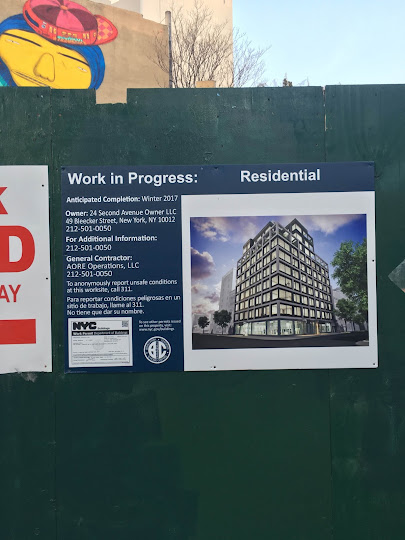 Turns out it is the same rendering we saw last fall... Hello! 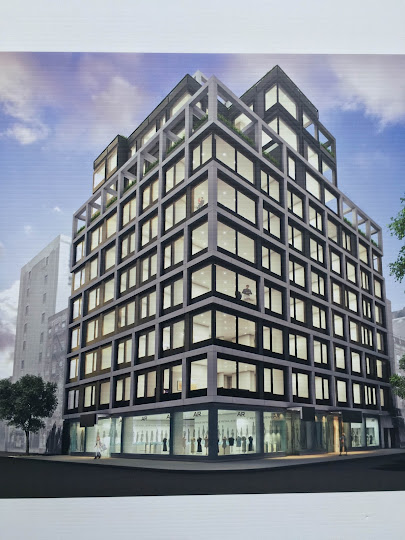 As New York Yimby first noted last July when the developers filed the permits, apartments will begin on the second floor, with four to five units per floor through the sixth story. The seventh and eighth floors will host two duplexes, and the ninth and tenth floors will hold one penthouse duplex with a private roof deck. Amenities include a shared terrace and recreation space on the second floor, and a fitness room, storage and bike storage in the cellar.

Plywood aside, there hasn't been any new construction here to date, as a look through the handy blogger portal shows... 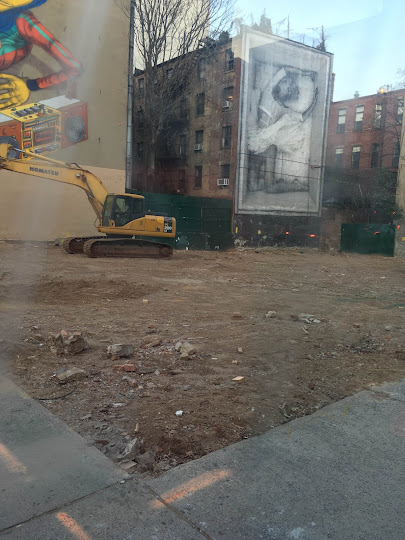 The BP — which was the second-to-last gas station left in the East Village — closed here in July 2014.

A ballerina for 2nd Avenue
Posted by Grieve at 4:30 AM

Cool building. People need to hang curtains in their windows though -- it's not the 80s.

I'm sure it'll add a lot of character to the neighborhood!

I think it's gotten to the point now where you can just cut and paste the images and descriptions of all the crap being thrown up in the EV, since it all looks and sounds exactly the same. IN fact, you should put up a post called "The EV Grieve Game" - it would be pics of all the new or under-construction buildings and a list of addresses, with participants having to match the building to the correct address. Hours of fun, and no fair peeking!

It will fit in perfectly, unfortunately....

Perfect location for a beer store!

So much construction noise :( - developers profit, neighbors in the neighborhood they are "selling" suffer for years. Rinse and repeat.

One of the Arrows has to moonlight on the sign ehh? Way to pay a decent wage Grieve.

Can I point out that all the old buildings look the same too. This has to do with construction methods and materials. There's not a lot of variation anywhere in the world -- there never has been.

anonymous 1:29 PM said...
Can I point out that all the old buildings look the same too. This has to do with construction methods and materials. There's not a lot of variation anywhere in the world -- there never has been.