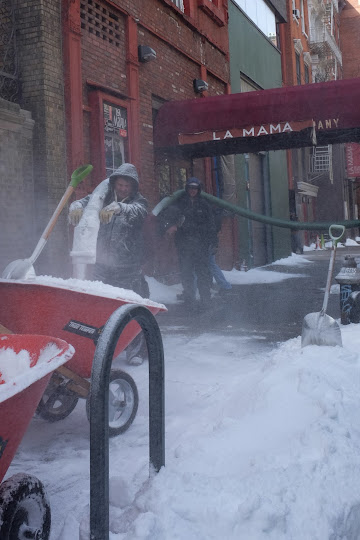 Crews for "Collateral Beauty" were out again earlier... spreading the fake snow* on East Fourth Street between Second Avenue and the Bowery ... 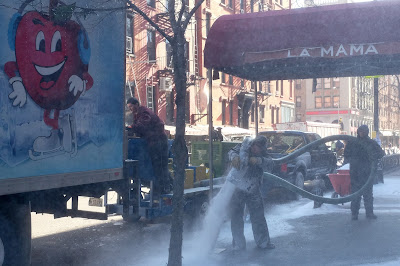 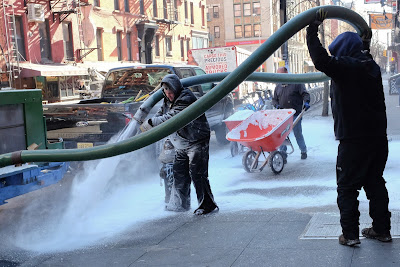 * we hope that this is fake snow and not a non-licensed asbestos removal team
Posted by Grieve at 2:47 PM

Am boycotting this movie. Not enough black snow. #SnowsSoWhite

Good point on the asbestos. Maybe flock some of the disgarded ( ) trees while they're at it?

What is that stuff made of?

They're going to clean that up, right?

EVG - for your next posting involving rats!

http://www.atlasobscura.com/articles/just-how-huge-are-new-yorks-rats Just How Huge Are New York’s Rats?
This one weighs about 1.5 pounds.

Anonymous 4.14, it's blocks of ice put through a "Fargo" type shredder. Indistinguishable from the real thing. My dog loves peeing on it.

Will La MaMa be keeping that awning after production wraps?