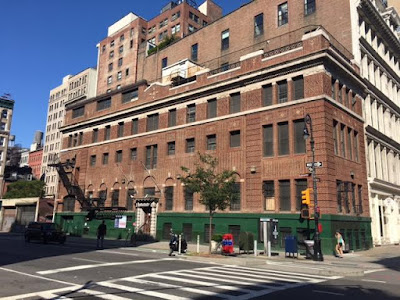 Workers have been converting the former women's shelter at 350 Lafayette at Bond into a luxury retail store.

During the exterior work, the workers uncovered a decades-old DONDI tag as well as a barely visible SAMO© tag ... graffiti blogger/photography Fresh Paint NYC first made the discovery...

"If you don't sell your life, how do you buy back your survival? Down With Wage Slavery." -- Many layers of paint were removed from a building on Lafayette Street, revealing some historic graffiti. #streetphotography #graffiti #nycgraffiti #downwithwageslavery

As Mass Appeal noted, "By the time of his death at the age of 37 in 1998, DONDI had cemented his legacy as one of the greatest graffiti writers to ever come out of New York City."

As for 350 Lafayette, Aby Rosen bought the building in 2015 for $26 million. The Center of Urban Community Services was the operator of what DNAinfo described as "one of the city's most highly-regarded homeless shelters for 27 years." Rosen intends to sign a single luxury retailer for the space. The city's Landmarks Preservation Commission OK'd the transformation of the landmarked space in February 2016. 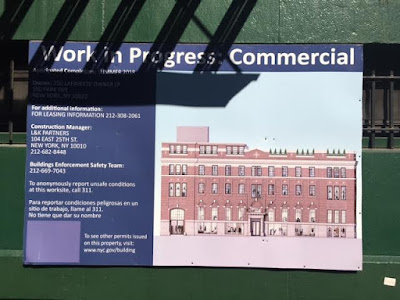 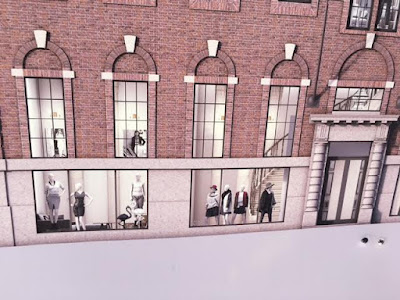 Rosen did preserve the Sean “NEKST” Griffin tag during renovations at 190 Bowery.
Posted by Grieve at 9:22 PM

Interested to see if the graffiti haters come to defend vintage tags in the interest of rememberence of what once was ...

I can't believe I'm nostalgic about graffiti, but here I am. Agree with Scuba Diva.

I will confess, I am totally clueless when it comes to grafitti appreciation culture. To me some graffitti has aesthetic value while a lot of it is meaningless scribble, basically on the level of "SO AND SO WUZ HERE". Maybe if Bob Dylan or some actual artist had scrawled his name on a building, I might go out of my way to check it out or whatever. But I looked up 'nekst' on the internet and this is what one article had to say: "His foremost skill was not his artistry but his ubiquity." In other words I fail to see what it is about some of this stuff that inspires such devotion. Where is the meaning.