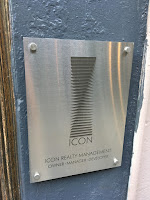 The task force has been looking into several complaints of tenant harassment while holding talks with the Noho-based real estate investment firm, according to sources familiar with the negotiations.

To date, Icon has not been charged nor subpoenaed, sources told The Real Deal, adding "that the parties are in advanced talks regarding a potential settlement."

After learning that they were on the task force's radar, Icon reportedly "has changed its approach." (Still, Icon recently made the list of Stabilizing NYC's "10 worst predatory equity landlords" in NYC.)

In May 2016, the realtors announced that they had hired a chief safety officer to oversee the construction and renovation work in Icon buildings. Earlier that month, during a rally outside two Icon properties on May 9, Cooper Square Committee and several elected officials accused Icon of employing "construction-as-harassment" tactics to displace rent-stabilized tenants.

At the Icon-owned 128 Second Ave., tenants in March 2015 filed a HP Action for Repairs and Services, citing inconsistent heat, lack of fire alarms, a broken fire escape, front door, and stairs, and other dangerous living conditions. Residents have also alleged "harassment from the landlord in order to push out rent-regulated tenants." The next month, the tenants filed a contempt of court motion against Icon for the ongoing building issues.

Icon first made headlines here in 2008 ... when a contentious battle broke out between longtime tenants at 176 E. Third St and Icon, the building's new owner. In September 2008, the Post reported that several rent-stabilized tenants were fighting to keep "their East Village neighborhood affordable by turning down buyout offers of up to $125,000." Those residents also accused Icon of harassment.

So you can settle out of court, get some fines, maybe get charged, maybe even do a year in the clink (a la croman), BUT at the end of the day they still keep their buildings and continue perpetuating greed and one can argue will never change their business philosophies and continue to be $&@€'s.

I applaud all the taskforces in the world but could they ever KO a landlord?

I live next door to an Icon-owned building and have seen first-hand the harassment they inflicted on those tenants they couldn't push out. Icon threatened them on every level, even to the point of endangering the lives of every person remaining in the building due to gross negligence (I'm not going to give the details, as that would identify the exact building).

The point is that Icon is owned by people who care only about themselves and their bottom line. People who see tenants as "pawns" to be removed from some game of "realty chess" should never be allowed to own apartment buildings.

IMO, the owners of Icon should be facing some serious consequences for what they've done. But, as has been pointed out, they'll continue doing what they're doing, b/c NYC doesn't care and De Blasio needs their $$ in his campaign coffers.

I hate what these so-called "developers" have done - they don't "develop" ANYTHING; they just mercilessly & heedlessly de-stabilize existing neighborhoods for their own profit.

I am an Icon tenant. Icon "changed their approach"? The Zebra is now plaid?

I would fight this, Linda, because you can win. This is your home, and you have a right to stay.

As others mentioned, there are lots of resources in the neighborhood: GOLES, Met Council, and there are even lawyers who will take your case as a pro bono or partial pro bono.

I hope you stay.

"I hate what these so-called "developers" have done - they don't "develop" ANYTHING; they just mercilessly & heedlessly de-stabilize existing neighborhoods for their own profit."

I guess I never thought of it that way before, but the owners of the US are the biggest property developers on the planet.