EV Grieve Etc.: The money behind bad landlords; an apology from Cornerstone Cafe 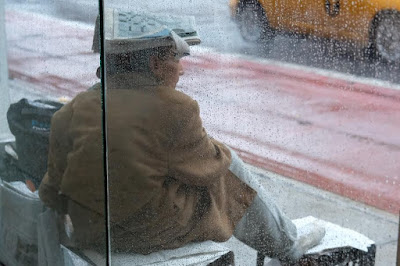 [Photo on 2nd Avenue this morning by Derek Berg]

Some great titles in the Anthology's "This Is MiniDV (on 35mm)" series this weekend, including "Inland Empire," "Dancer in the Dark," "The Gleaners & I" and "24 Hour Party People" (Anthology Film Archives)

Op-ed: Is there a double standard at CB3 when it comes to liquor licenses for Chinatown-based establishments? (BoweryBoogie)

Fun with bubble tea at The New York Times (Eater)

When Bowie was in Iggy Pop's band (Dangerous Minds)

Kung-Fu film fest at the Metrograph this weekend (Official site)

It's rumored OFFICER TUBBS is publishing a book of daily affirmations. @evgrieve He's like the giving tree. https://t.co/GxLFzX2Y6k

A post shared by Wendigo Productions (@wendigoproductionsny) on Aug 17, 2017 at 3:30pm PDT

From what I read, the Cornerstone Cafe's manager's initial response to the "Ching Chong" incident was to ask if the person's actual name was similar to "Ching Chong". LMAO. Asians and Asian-Americans are no longer our doormats, they wield influence now. They're not going to take casual racism from us anymore, I have learned this the hard way. It's time for us to clean up our vernacular and our sensibilities or else we'll keep getting ourselves in trouble like this.