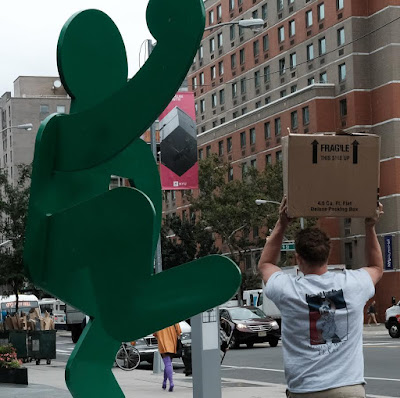 [Photo yesterday outside the Death Star by Derek Berg]

An interview with Daniel Kane, author of "Do You Have a Band? Poetry and Punk Rock in New York City" (Jeremiah's Vanishing New York)

Cops looking for two men in robbery on Fifth Street between Avenue C and Avenue D. One of the suspects was wearing a Tom Brady jersey. (DNAinfo)

With new legislation, cigarettes are now $13 a pack in NYC (Daily News)

When the Bowery was born (Off the Grid)

"Twin Peaks: Fire Walk With Me" screening this weekend (Metrograph)

... and the entertaining documentary "California Typewriter" ends at Village East Cinema on Second Avenue and 12th Street after tomorrow evening... 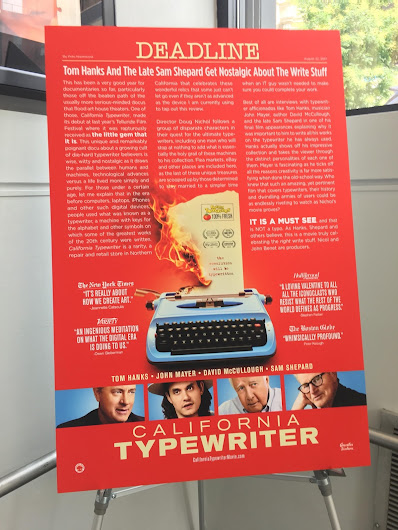 As NPR noted, "the film quickly feeds the paper, as it were, for a larger meditation on the magic of these physical word processors and a solemn reflection on what gets lost along the forward march of technology."
Posted by Grieve at 11:30 AM