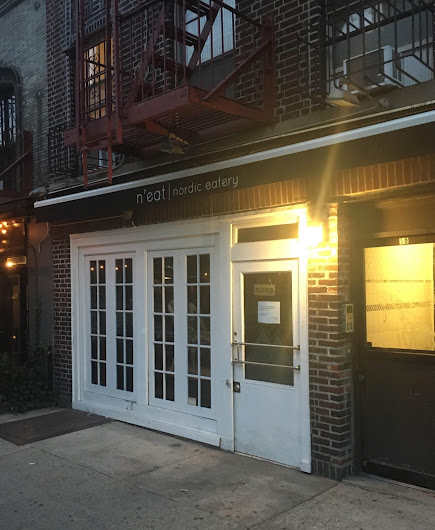 The restaurant serving "new Nordic fare" has not been open for the past month at 58 Second Ave. The sign on the door between Third Street and Fourth Street says: "Due to unforeseen building issues, we have to close temporarily for maintenance work." There isn't any mention of a temporary closure on their website or social media properties. Their phone number is not in service.

Express Thali at 82 Second Ave. between Fourth Street and Fifth Street hasn't been open for the past two-plus weeks... 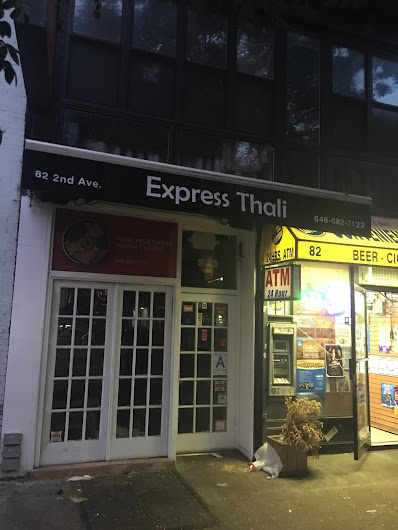 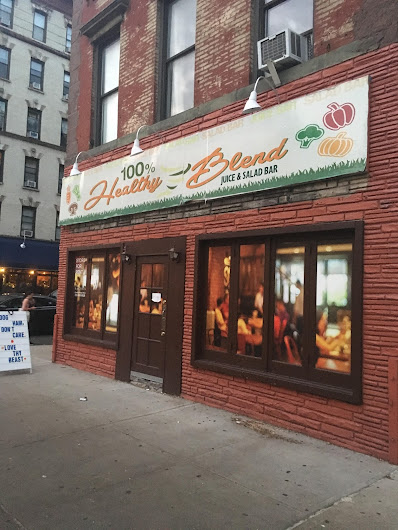 And at 79 Second Ave. between Fourth Street and Fifth Street, the for rent sign recently arrived in the window at Heart of India... 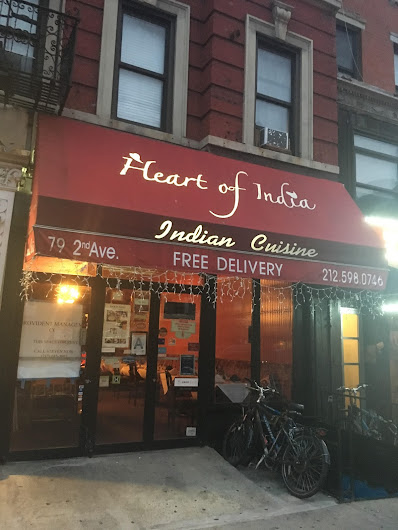 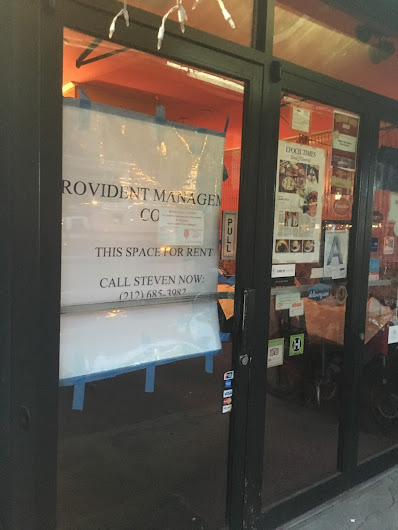 Closures aside, there are many fine places to eat along here that look to be doing brisk business... whatever your favorite places may be...

Email ThisBlogThis!Share to TwitterShare to FacebookShare to Pinterest
Labels: East Village restaurants, restaurants that may possibly be closed now

Did thee businesses make the fatal mistake of signing a very expensive lease believing they could somehow manage the rent? Did some fail due to lack of interest or not being able to get the word out about their business? It is unfortunately the new normal to see independent business close with a year which tells me this will only get worse going forward since rents will continue to soar for now apparent reason than greed.

Main reasons for closing in the first year?
Nobody did any REAL market research
They went WAY WAY over budget to open think you need $100k to open? Double it then you might make it
A lot of people without ANY food industry experience will open a place because it's "their dream"or it will "be fun"
Guess what opening a place is like taking care of an invalid
Its 24/7 365 days a year
All you do is work
For a long time

I live in the east village I was born here. I do maintenance on restaurants for years. Brisk businesses is not happening. Tenets are paying to much rent and don't go out of much. Restaurants have a hard time paying the bills on just a weekend business. Money in the streets dried up. Most of my customers owe me money. I try to keep my prices down to help them. Most of them have been dealing with me for 20 years. Unless you are a rich yuppie or a college student who don't have a clue. It's the economy stupid

This lower part of 2nd Ave gets very little walk by traffic. The people at the hotels on the Bowery walk up the Bowery, not 2nd Ave. There are no dorms in the immediate blocks. Just as DBGB found, weekend only business does not bring in enough income to survive. Location, location, location.

The signage at the healthy food place was not appealing, did not attract the passerby to stop. Thali Express was great, but too small for people to notice (I mentioned it to neighbors who pass all the time, but none noticed it), the Nordic place was perhaps too specialized and unique to stand on its own for the crowd that lines up at the Mexican place nearby (Rosa's?) who are mostly looking for drinks.

That is the problem. Expensive & exorbitant rent. Also greed and poor management skills. Most businesses can't survive because of this very reality. I cannot tell you how disheartening this is for its owners and employees. I spent years supporting myself as a waiter and bartender at a number of restaurants throughout the city. Almost all of them are now history. Kaput. The reason? They were losing money and marinating in colossal debt. Unless one is a wealthy and famous restauranteur/chef with endless pockets, it isn't realistic to operate a business in today's financial climate. I know this seems negative, perhaps a bit extreme, but it is the truth. I've worked for many owners who not only closed their doors, but whom also filed for bankruptcy, losing practically everything, including their own marriages and families. I've witnessed the carnage and it sucks.

Unless landlords lower their expectations, which they won't, which means making rents more affordable, this will indefinitely remain the new normal. A venue you see here today might be gone tomorrow. Unless one has a huge savings account or trust fund in order to sustain the rent, salaries and food costs during the slower months, I don't see how they will make it. There must be a steady influx of foot traffic, consistency, and patronage to see any of these places thrive. In the end, the restaurants mentioned in this post, were sadly casualties of this infectious trend.

Rosie's is always busy, even during the week. But otherwise, this has always been a wasteland stretch of 2nd Ave. Most of the traffic exiting the 2 Ave subway station actually uses the 1 Ave entrance, which is open 24 hours (the 2 Ave entrance isn't) - the lower part of 1 Ave is always jam packed.

Dang feel bad for Heart of India, used to be my lamb vindaloo or saag paneer go to, before I found the amazing deal that is Mughlai (sp)....

Right on. High rent, bad management. But you can add to that the traffic in the EV has slowed. A lot of the people on the streets are kids and they are not going to an adult restaurant.

The new Georgian restaurant just opened in the old Ballaro space on 2nd Ave. When I walked by on the weekend the doors were wide open and the place empty- except for the two staff/owners?/chef , both sitting with their heads in their hands and looks of total dejection. I felt badly for them: no matter how good their food is, summer in NY is a bad time for heavy Georgian food, the city empties out on weekends and this is not the cuisine for young EV party goers..It's sad to watch people who believe in their dream see it withering by the hour.

Express Thali has a for rent sign up. It had been up before, but somehow fell down until the ubiquitous realtor, Josh Winick, put the sign up again.

All of this is really sad. These closings along with others are a sign of the times. Most if not all of the issues stem from money and not having enough. Let's be honest here, kids. Without it, especially in this town, you won't get far. That is just the truth. So, in order to open and maintain a successful restaurant, especially downtown, one must be independently wealthy, otherwise he or she faces an onset of issues and headaches without the steady stream of patrons who will pay for overpriced food so you can pay your rent and staff. And if you are lucky, maybe a few extra dollars in your pocket. Even If I had a dream and a lot of capital, I don't I would be brave or daring enough to open a restaurant, at least not here.

I wish the best to those who lost their businesses this year. :(