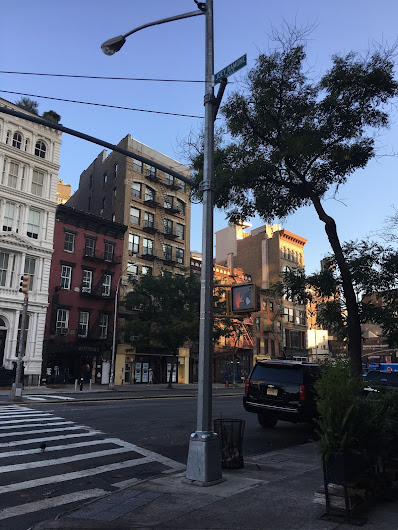 After nearly a month-long absence, the city returned the Joey Ramone Place street sign yesterday afternoon (H/T Jessie Malin!) to the northeast corner of the Bowery and Second Street. (This block of Second Street is co-named for the frontman of the Ramones.)

It appeared that the light pole on this corner was under repairs. (Plus, the street sign looked as if it had been bashed a few times.) 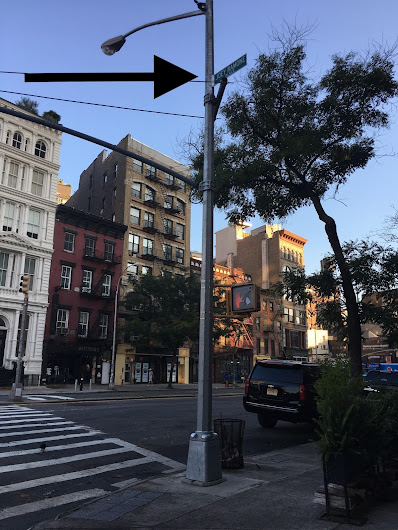 This placement happened several years ago after the sign was previously stolen a half-dozen times. So workers raised the sign to 20 feet. Standard street signs are between 12 and 14 feet off the ground, per the Post. 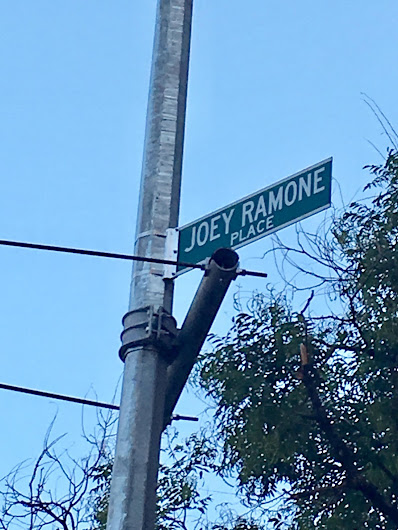 Meanwhile, the two-year-old Joey Ramone-CBGB 40th anniversary mural a block away at Bleecker and the Bowery has been painted over in place of a Debbie Harry-Blondie mural by Shepard Fairey. Will post on that a little later.
Posted by Grieve at 12:00 PM

There should be a Hilly Kristol Place sign at Bleecker and Bowery right in front of where CBGB used to be.

And John Varvatos needs to GTFOH out of the old CBGB space and let someone reopen CBGB or a live music venue with a different name in it. Seriously, go find some other location. He opened there to piggyback off CBGB.