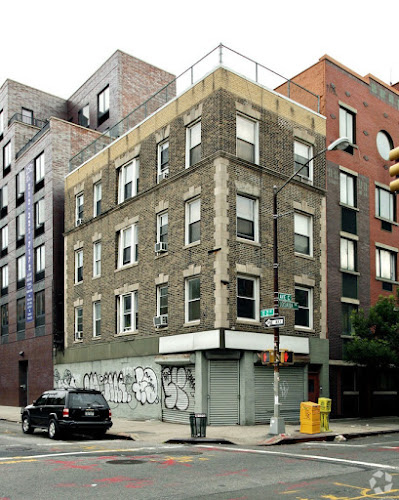 Late last year, John Zorn announced that The Stone, his experimental performance space on Avenue C (No. 15) at Second Street, would close in its current location in February 2018.

That space is now on the rental market, with a March 2018 move-in, per the listing. Here are a few details about the rental:

As you can see, the listing says NO BARS.

The Stone will be taking up residence in the New School's Glass Box Theater on West 13th Street beginning in March 2018, as the Voice first reported.

Email ThisBlogThis!Share to TwitterShare to FacebookShare to Pinterest
Labels: for rent, the Stone

So sad. I loved that place