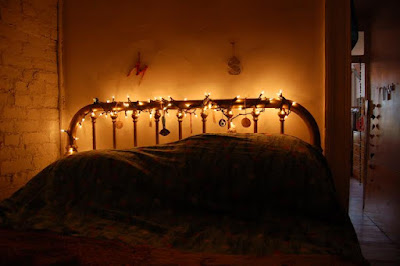 Sacha came to Manhattan from Wales in 1988 to be an au pair for a family in Soho. She found this apartment in the East Village through The Village Voice in 1991. Mike moved here from Texas in 1997.

Sacha and Mike met in 2004, and he moved in the following year. They were married in the nearby New York City Marble Cemetery — the first couple to have this honor — in 2008. ​​

Their apartment is one of three rent-stabilized units in a tenement building. The other non-rent-stabilized apartments have been renovated and divided into smaller spaces. They turn over each year to new tenants.

One of their favorite things about their upper-floor home is "the feeling of living in a treehouse.​"

As for the East Village, some ​of their ​favorite things include that it still feels like a neighborhood, where they can run into longtime friends on their front stoops or have a package delivered or leave a set of keys for a friend at the corner deli.

"Despite it changing rapidly, there is still lots to love."

And they love their apartment... 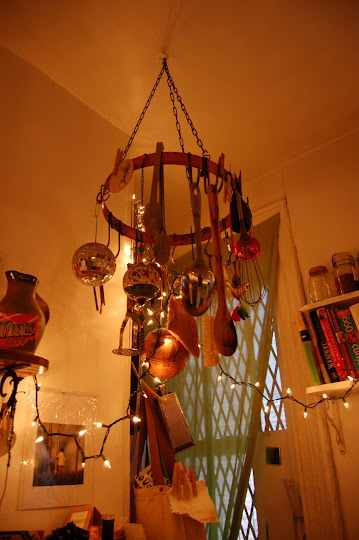 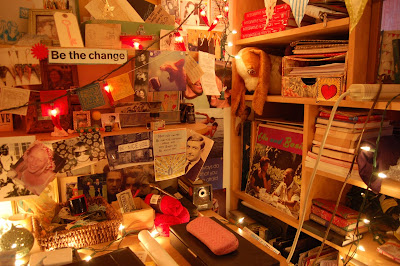 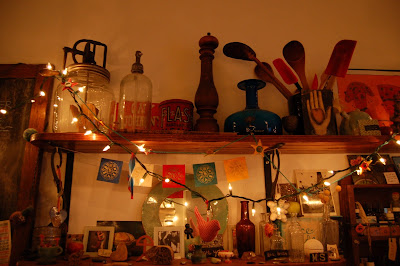 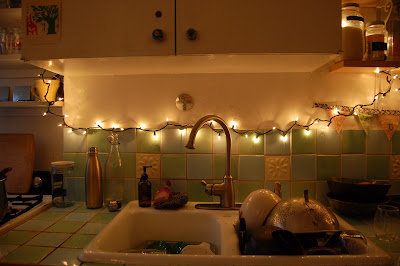 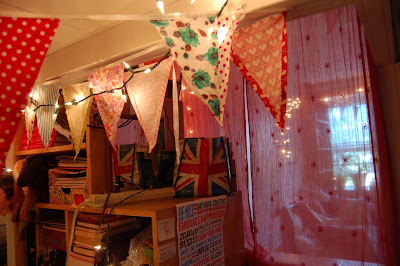 If you're interested in inviting Susan in to photograph your apartment for an upcoming post, then you may contact her via this email.
Posted by Grieve at 9:00 AM

I love it. Just like my building: 3 rent stabilized tenants left. Most of the other units turn over yearly. Before illegally getting rid of most RS tenants, there was only about 10% turnover per year.

This is a nice reminder of all the great places left in the neighborhood!

1:10 -- me too! So far as I know my building didn't get rid of them illegally, but they jump on it when someone leaves, make a 2 bedroom out of a 1 bedroom and then the turnover ratchets up because the apartments are crummy and expensive. I only recognize 3 or 4 of my neighbors now. The rest of them I could not pick out of a police lineup, they change so often.

I love this feature! Rent Stabilization is one of the strongest reasons behind there being any community left at all, in Brooklyn where there were typically less RS apts and more private two and three family houses, gentrification was swift and brutal.

Here's to Sacha and the old days at d.b.a. when she used to serve hand-drawn real ale imported from England.