Dojo Noodle House closed for now on Avenue B 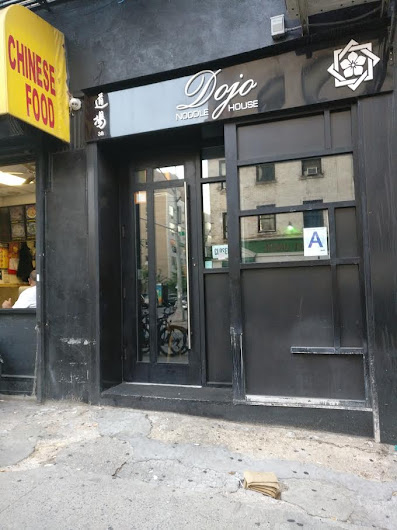 Dojo Noodle House, which recently changed its name from Dojo Izakaya, went dark earlier this week on Avenue B near Third Street, according to a tipster, who shared these photos... 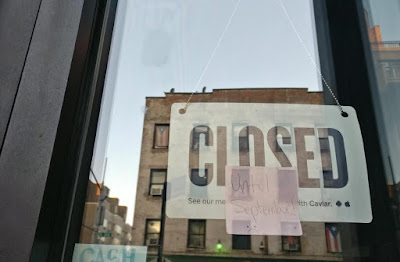 Someone added a "until September" with a frowny face under the closed sign on the door... 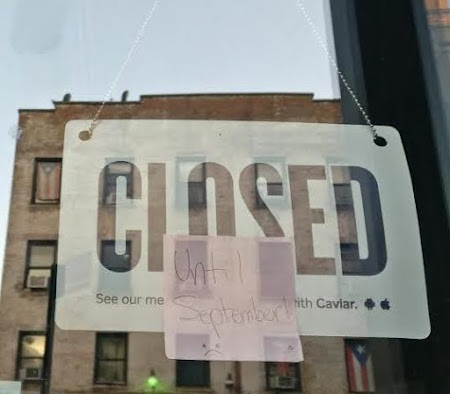 There's no mention of a temporary closure on the restaurant's website. The phone just rings without any recorded outgoing message.

The closed-until-September notice also coincides with the arrival of the space in a retail listing this week (asking rent is $5,800 for 350 square feet).

Dojo Izakaya opened to great fanfare in November 2014. The small space was an offshoot of chef David Bouhadana's Sushi Dojo on First Avenue between Sixth Street and Seventh Street. (Bouhadana reportedly parted ways with the Dojo camp the following year.)

In any event, perhaps the landlord will fix the hole in the sidewalk outside Dojo Noodle House before they reopen... 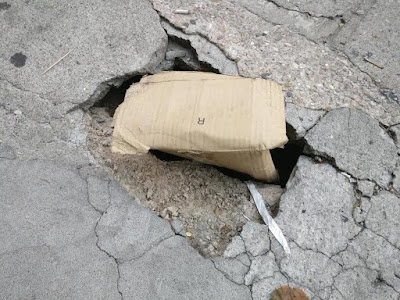