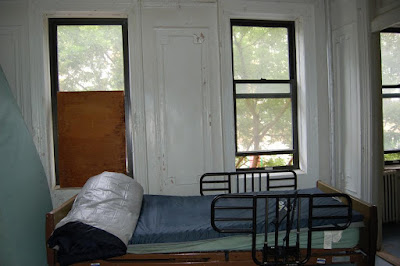 Linda contacted me after seeing my first post on EV Grieve.

She said that her mother recently passed away. Her apartment is almost vacant.

"I will be returning the keys to the landlord in a couple of days," said Linda, who wanted a record of the place she had spent her whole life. 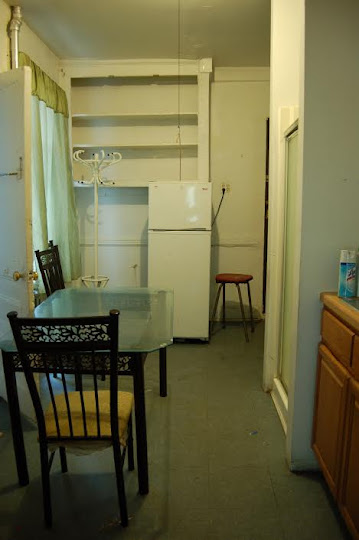 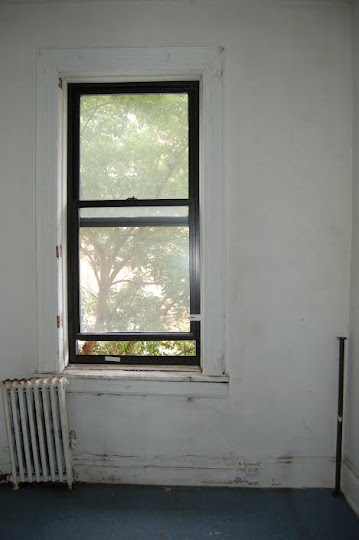 Although the apartment was almost completely empty of furniture and personal items, it was filled with strong emotions and memories. Linda's grandparents had lived and died there. So too had her father and now her mother.

"I have spent years fighting for this apartment," she said. "I am not in a relationship or have a family. Do you think I should stay and fight for this place?" [Ed note: Linda was not evicted, and decided to leave on her own to start anew somewhere else after living in this space her entire life.]

One of the earlier fights Linda had to win was proving that her mother was a resident there. Linda's mother did live in the apartment, confined to a hospital bed.

Linda said that it took "thousands of pages to prove this."

Her mother loved that the apartment was close to church and her favorite stores on 14th Street, such as the Stuyvesant Stationery shop She especially missed La Isla, the inexpensive Latin restaurant between Avenue A and Avenue B that closed in 2012. 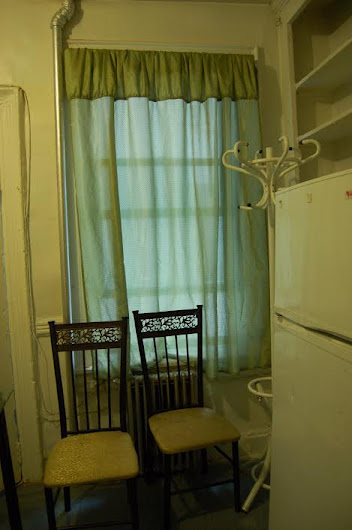 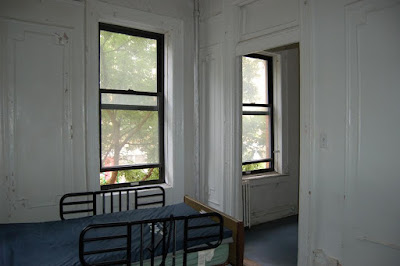 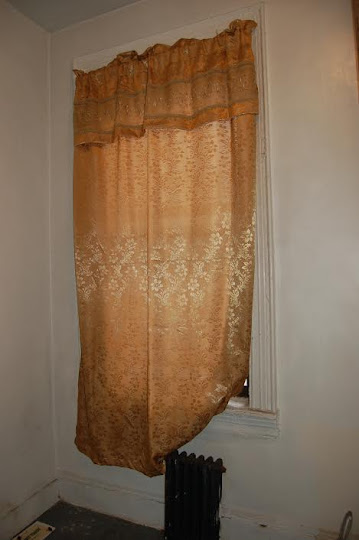 If you're interested in inviting Susan in to photograph your apartment for an upcoming post, then you may contact her via this email.
Posted by Grieve at 8:30 AM

Stay and fight! Please don't turn over the keys, have you contacted G.O.L.E.S.? There must be somebody who can help you win your legal right to stay there in your family apartment. I pray that you will stay and fight and win.

also call metropolitan council on housing
there are ways to protect the apartment but it depends on a lot of things.
also, the nys attorney general puts out tenant's rights book

FIGHT, Linda, FIGHT! There are organizations that will help you, and I hope you win.

How much is the rent now? Fight for it, if you have an honest claim, meaning you live there.

Linda! No no no no no, don't let the bastards win! You must stand your ground and fight for your right to stay in the apartment you have lived in longer than whoever owns your building has probably been alive!

Seriously, call them immediately! Stay with us! Good luck, please keep us posted -

(And like your mom I, too, miss La Isla and Stuyvesant Stationery...)

Please stay and fight if you want this apartment. Do not give the landlord the keys. Who is the landlord? You have a bunch of people here who will help you with information.

Don't give the keys back. NYC is going to be providing lawyers to low-income people who are fighting landlords.

STAY! Set up a GOFUNDME page if you need $$ for a good lawyer. If you need help call GOLES! Please fight for your apartment.

If Lindas grandparents were the original leaseholders and her mother succeeded them, then she cant.the right to stay on only passes to one time.

According to this fact sheet, the number of successions is only relevant to whether or not a vacancy increase can be applied:

"The first family member to establish succession rights on or after June 20, 1997 is not required to pay the owner a vacancy increase. (See Example #1)

However, the owner will be entitled to collect the vacancy increase from the next family member, called the second successor, **who is entitled to receive a renewal lease or to remain in possession (See example #2).**

Once the vacancy increase is applied to this second successor family member, a subsequent succession situation is again created (See example #3)."

Grieve,
Can you update us on this? Everyone here wants to see her win this battle and it seems like she should be able to. I hope you can update us all or reach out to her with the resources here.

The woman spent all this energy and emotion having her mother be able to stay. She fought and fought. Maybe she needs peace of mind and time away. Dont just cheer-shame her to fight fir what could be decades more.

Several years ago we had to fight our landlord for basic needs (paint, plumbing, gas). Things were bad! GOLES and Cooper Square Committee did not have the legal power we needed at the time. We found a tenants only law firm. They were really great and things got fixed. Now the landlord does not want to screw with us and jumps to it when we call.
I am not a shill.
Sokolski & Zekaria, P.C.
http://www.sokolski-zekaria.com

Call the MET council on housing. I have found them to be the most organized and helpful. It's just a musing, but I bet they'd be able to find a pro-bono lawyer who might find this case really interesting and wish for the third successor to have the opportunity to have time to decide whether or not to stay or go rather than be pressured to give up the apartment in a hasty decision. Conversely, sometimes people need to 'turn the page' and I could understand how that might apply in this situation. Remember, opening up a legal dialogue and standing up for what is rightfully your option to stay is a good way to buy some time while coming too terms with your next move. You can always leave. Good luck either way. (Lots of passion on the Grieve, today. XO guys.)

Did you read the article?

"I have spent years fighting for this apartment," she said. "I am not in a relationship or have a family. Do you think I should stay and fight for this place?"

We were asked for our opinion, we are not cheer-shaming, we are answering the question.

I have never heard of cheer-shaming before. What a funny concept! What she does is up to her, but I think people simply want to encourage her and offer her ideas, resources and even help funding the potential effort. No one is saying she has to do this. That is up to her. She sounds like a wonderful daughter who has spent a lot of time fighting for her family. If she wants to fight for the apartment for herself now, she should do that. If she has another living arrangement that is better for her, and she feels like she is done with the place, that's fine, too. Whatever she wants is best, and I am a fellow East Villager who wishes her good luck and happiness in the future!

This article obviously does not give the full story. Linda needed some legal help to keep the apartment. If indeed Linda lived there the last 2 years with her mother, she would legally be allowed to stay. Us readers need a few more facts here Susan!

Thank you the comments, and sharing the information. This is very helpful.

Linda was not evicted, and decided to leave on her own to start anew somewhere else after living in this space her entire life — since 1972. My understanding is that she was in a musing mood while Susan was there, and the "Do you think I should stay and fight for this place?" was more of a rhetorical question.

I'm sorry that I presented that in such a way to give the impression she had been evicted.

Thank you, much appreciated.

Sending her all my good wishes. XOXO

I am Linda. Thank you all for your feedback.
I just want to clarify some things.
1. 1972 was the year the apartment became part of my family and not my birth year and I was born years later.
2. Though I could have fought, fighting the landlord consumes a lot of emotional, mental and physical energy. I have fought for most of my adult life on behalf of my family. Now, I need to heal and grieve. Not much mention about the tolls of grieving. It is extremely painful and lonely road and that apartment was full of memories of my now dead Loved ones.

I am grieving and I just wanted to close this chapter and start anew, perhaps in a different city or country.

Thank you for this feature, and for the update Linda. It makes me very sad that we live in a city where a grieving family member must immediately gear up to fight against a landlord, it is truly inhumane. Landlords have way too much power, much of it that was gained throughout 20 years of republican rule of NYC.