Several people have asked if I knew anyplace in the East Village where one can buy solar eclipse glasses.

You need a pair of the special glasses, of course, to safely view the big event Monday afternoon. In NYC, we'll have a partial solar eclipse — about 70 percent of the sun will be covered when the moon passes directly between the sun and the Earth, as I cut and pasted.

Anyway, I have no idea where you can buy glasses here. (You're welcome!) This list of reputable vendors via NASA mentions 7-Eleven as an authorized nationwide dealer, among many others, such as Best Buy. For the sake of research, I stopped in the Avenue A 7-Eleven. The clerk had no idea what I was talking about.

Other articles mention that public libraries nationwide have them. Perhaps, but not around here...

We are very sorry, dears, but we have no eclipse glasses. 😎😎 #avagardner #solareclipse #libraries

Has anyone seen a store selling the glasses in the East Village? This article at Curbed lists several places in NYC with glasses, such as B&H (the photography shop on Ninth Avenue, not the diner on Second Avenue) and Adorama on 18th Street.

As for particulars on Monday, via the NYC Parks Department:

The best time to view the eclipse is between 1:30 p.m. and 4 p.m. (weather permitting). The actual event occurs at 2:44 p.m. The eclipse will last only three minutes, so be prepared!

In closing, please protect your retinas if you view the eclipse in any of these recommended Parks. 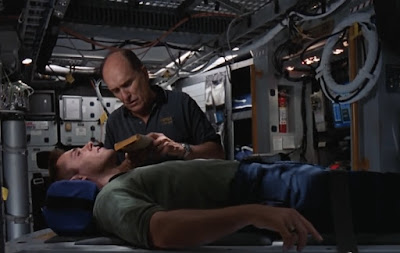 And because there are so many good songs with "sun" in the title...

Email ThisBlogThis!Share to TwitterShare to FacebookShare to Pinterest
Labels: solar eclipse, the sun

Don't look AT the eclipse. Watch it on the sidewalk with a pin-hole viewer.
Using a pushpin or slender nail, make a hole in a shirt cardboard or 3x5 card. Hold this card a few feet off the ground in the sunshine as the eclipse begins. You will be able to see the image of the eclipse projected on the concrete through the pin-hole viewer.
If you want a "trip-y" experience, make several holes in the cardboard, so the images will overlap.
This is the safest way to view the progression of the eclipse.
Do NOT look at the sun or at the eclipse. Doing that will blind you.

If you hold your iPhone, Android etc. up to the eclipse, and ONLY look through the screen, your eyes are also protected...a medical doctor told me that...or was it a guy named Doc? Anyway, enjoy🤞

Back in the good old days, you could look at a solar eclipse through exposed film. Today, you can watch it streamed.

I have a viewer a friend of my deceased roommate made back in the 90s, promoting "Last Solar Eclipse of the 20th Century!"

As @neiltyson has stated on Twitter, however, solar eclipses aren't all that rare, occurring about once every two years:

Total Solar Eclipses occur somewhere on Earth every two years, or so. So just calm yourself when people tell you they're rare.

i feel that "Black Hole Sun" would have been a better musical choice, tho I appreciate you not choosing the OBVIOUS "Who Loves the Sun."

We got a pair of eclipse glasses at Warby Parker. The frames are cardboard, and they have special coated lenses. They were giving them to anyone who wanted them, so you might want to check out the shop in Soho and see if they have any left.

Between The Stranglers and the UVS posting on Friday you are killing it lately Grieve!

Upwards of a million people are on the way to Oregon to see this, but -- oops -- large wildfires are making it necessary to evacuate the area. I'm not making this up: google "Eclipse Epicenter Evacuated as West Wildfires Rage." Here in New York City, we will get a two-thirds partial eclipse, but at my usual spot outside The Bean on 2nd Avenue, there is construction scaffolding, so under the scaffolding the eclipse will be total!

WAIT NO, Mika's Staring at the Sun!

Make us a playlist, Grieve!

I got a pair on Thursday at the pharmacy on Second Ave & Houston. $5.

Idea for a tourist company:

You act as a broker for lodging wherever there's a TSE.