Another look at that 5th Street ghost signage 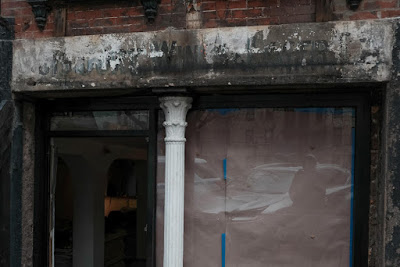 Back in January, Derek Berg spotted this ghost signage that workers uncovered while renovating the storefronts at 317 E. Fifth St.

Derek shared these photos from yesterday from here between First Avenue and Second Avenue ... you can now make out the sign a little better — Cort Wines and Lager Beer. 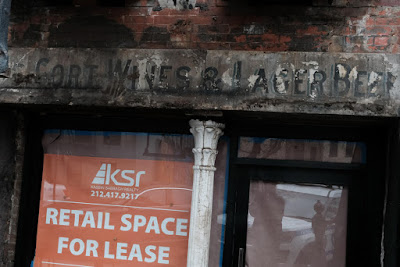 This five-story with basement tenement was built in 1867, together with No. 319 East 5th Street. The two buildings share the same facade design.

The present facade features a molded bracketed cornice, arched window lintels with dentils, bracketed sills, and a segmentally-arched door hood above the entrance that remains at the top of the stoop. The basement level storefronts feature galvanized iron cornices that were added in 1893.

Some EVG Facebook friends believe that Cort Wines and Lager Beer might have been the building's very first retail tenant.

Meanwhile, the under-renovation space is nearly ready for another tenant... 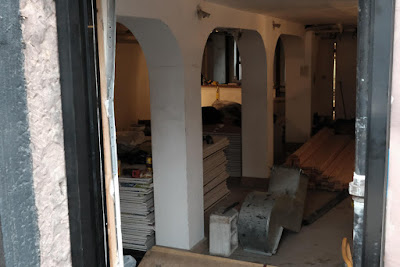 The listing doesn't mention the rent. 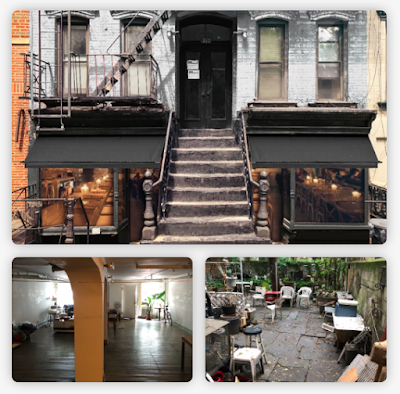 Ghost signage fans may want to get over there sooner rather than later to check out Cort Wines and Lager Beer.
Posted by Grieve at 4:05 AM

Can we talk about why this historic storefront was torn down and replaced with metal and glass?