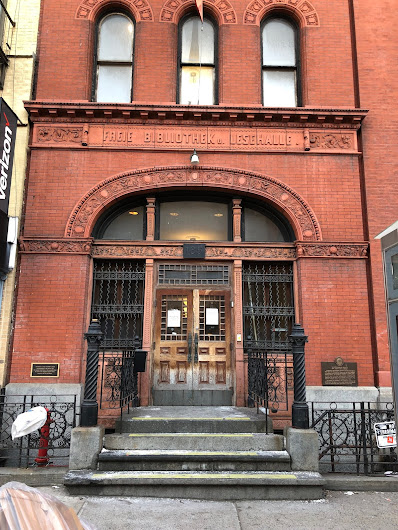 The Ottendorfer Library, 135 Second Ave. between St. Mark's Place and Ninth Street, is back in circulation on Monday morning at 11 (H/T EVG reader Terry!)... 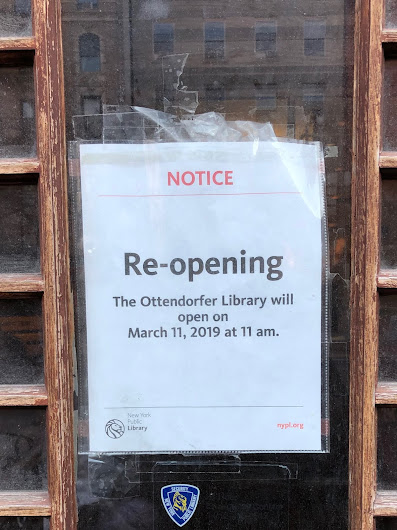 The branch closed for upgrades this past Aug. 6.

According to a message to patrons from branch manager Kristin Kuehl at the time, workers were to install a new fire alarm and life-safety system. Given the building's age and landmark status, the project was expected to take six months. (An updated sign on the library's front door in January noted a closure through "late winter.")

And as always, leaving you with some history of the branch, cut-n-pasted from the LAST TWO Ottendorfer posts...

A visit to the Tompkins Square Library branch on 10th Street
Posted by Grieve at 5:59 AM

Many branches are going to be closed soon - they will claim improved service at consolidated locations.

I love this location and the staff. Happy it is re-opening!

So happy! What a schlep over to the Tomkins Square branch. Been paying lots of late fees...

Welcome back, Ottendorfer! You've been missed!

Yay! my fave place. Besides Funkiberry(RIP).

I have been schlepping over to Mulberry St. Ottendorfer much easier.