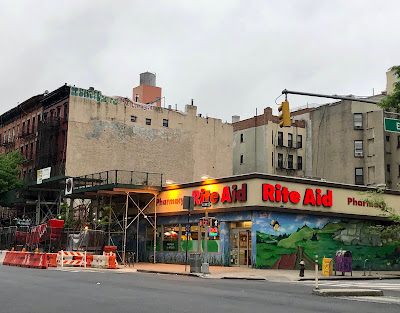 As we've noted, work has picked up again at 75 First Ave. between Fourth Street and Fifth Street, where an 8-floor, 22-unit condoplex is in the works next door to the Rite Aid.

After nearly 14 months of inactivity, the completion date on the plywood rendering has been adjusted to summer 2020... 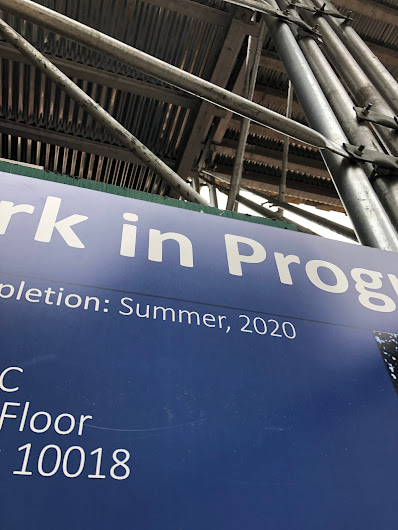 As for the rendering, the design is the same... but there are now two scalies — the proud inhabitants of the architectural rendering world, as Curbed has put it — on the scene... a man gazing toward a woman about to cross First Avenue.

Difficult to say what the male scalie might be thinking. Perhaps he's concerned that she's about to walk in front of that speeding car... 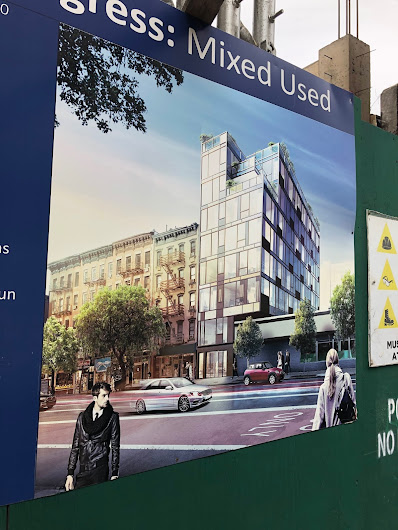 And the scalie looks familiar... (if you have any guesses)... 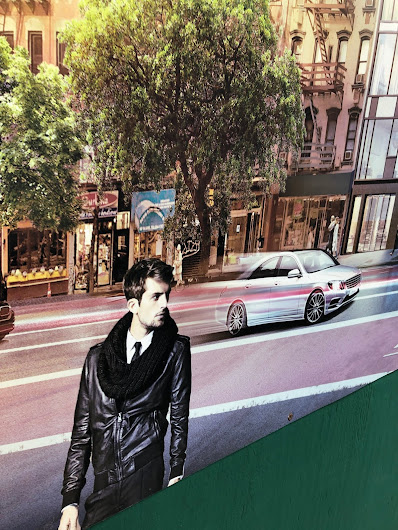 The 75 First Ave. site lists that nine of the units are in contract. And here are a few renderings, some of which we had not seen previously... 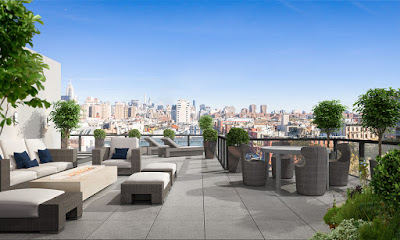 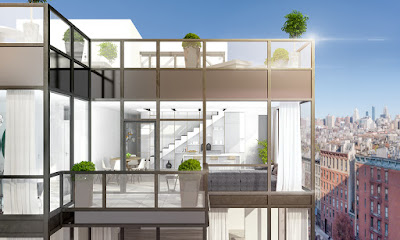 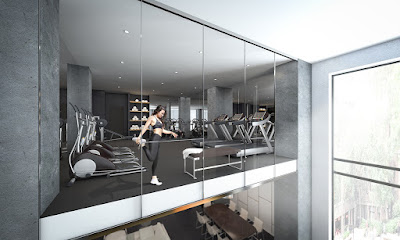 This slowly-developing development broke ground in September 2016.
Posted by Grieve at 4:20 AM

They love to start hammering and banging before the clock even strikes 7:00 am. Can't wait until this thing is finished.

its the Rentier's Noise Tax residents must pay - a tax with no representation. Noise is deadly pollution

@9:13am: Call the DOB and find out if they are in violation re: work hours. DOB will act on that.

That guy in the black coat and muffler looks sketchy AF.

No pool?
No drool.

Scalie must be thinking, "I need some bulk organic turmeric, a jar of homemade chutney, and some scorpion peppers from Dual Specialty Store."

Yes, the noise has picked up. Today it was the airhorns.

I also love how in the rendering the Rite-Aid has a matching grey facade and no signage. Compared to the reality in the first photo.