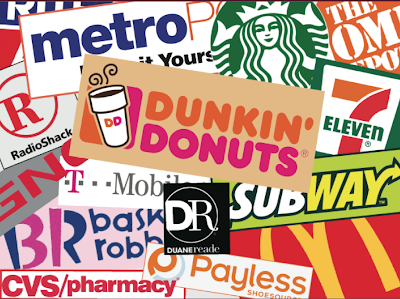 The number of chain stores overall in NYC declined by 3.7 percent over last year, marking the largest year-over-year drop in national retail locations since the Center for an Urban Future began their annual analysis more than a decade ago.

However, in the 10009 zip code that covers the East Village, the number increased by four from 27 to 31 in the previous 12 months. (Need to revisit the openings from the past year to see what stores represent this increase.)

Here are some cut-n-paste highlights from the report, which was released last week ... (the full report is here)...

Our 12th annual analysis of national retailer locations in New York shows that the 316 retailers listed in last year’s ranking reduced their total footprint in New York City by 304 store locations, declining from a total of 8,136 stores in 2018 to 7,832 stores in 2019 — a 3.7 percent decrease.

The slowdown is broadly spread among all five boroughs, led by Queens, where the number of chain store locations shrank by 4.9 percent — the sharpest single year decline to date — followed by Brooklyn (-4 percent), the Bronx (-3.8 percent), Manhattan (-3.1 percent), and Staten Island (-2.4 percent). This is the first year in which all five boroughs have registered declines.

Overall, our analysis also finds that more of the city’s chain retailers are shrinking than are growing. In 2019, a total of 114 retailers—36 percent of the 316 national retail companies tracked in our 2019 study—reduced their footprint over the past year. This compares to 76 retailers that registered a net gain in stores over the past year, and 126 retailers whose footprints remain unchanged.

We first observed significant declines in the number of national retail locations over the past two years, with most decreases concentrated among merchandise retailers: chain stores selling clothing, accessories, cosmetics, and other household supplies. Even amid that pullback, our research showed that food retailers continued to grow across the five boroughs through 2018.

But this year we see notable declines among both merchandise retailers and food chains, with broad-based declines among fast food restaurants, pizza shops, juice bars, ice cream and yogurt chains, and bakeries. The difference is that many other national food chains have continued to expand in the city, while that generally has not been the case for merchandise retailers.

Closer to home, the 10003 zip code, which includes parts of the East Village as well as Union Square and Fifth Avenue, has the third-highest number of chain store locations at 164 (down from 174 last year).

About the decline in chains: "It definitely raises a lot of question about the future of retail," Jonathan Bowles, the executive director of the Center for an Urban Future, told Gothamist/WNYC.

He said taken together, the patterns show that many of the challenges threatening the survival of small independent businesses are now affecting national retailers.
Posted by Grieve at 9:00 AM

How many of these stores last? There is such a huge and fast turn around of stores in the neighborhood. It is almost like pop up shops.

Holy moly that's a lot of Dunkin. I was going to comment on how people are eating healthier and that's why fast food is declining but never mind.

Well Subway closed on Ave B so you can take that off the list.