New 6-floor apartment building under way on Avenue B 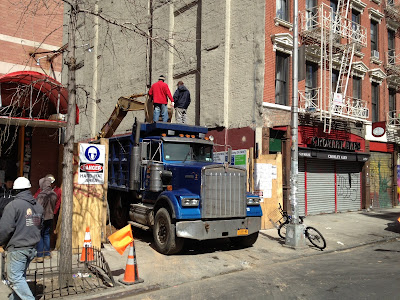 An EVG reader emailed us this photo... Workers have arrived to start digging in at the former Croxley Ales beer garden at 26 Avenue B. As we reported in November, the city has OK'd plans here for a six-story apartment building with ground-floor retail space.

According to documents filed with the DOB, the building will contain eight residential units ... not to mention provide ample opportunities to go next door for "unbeatable world famous wing deals."

The sign on the plywood states that the work will be completed here last month. 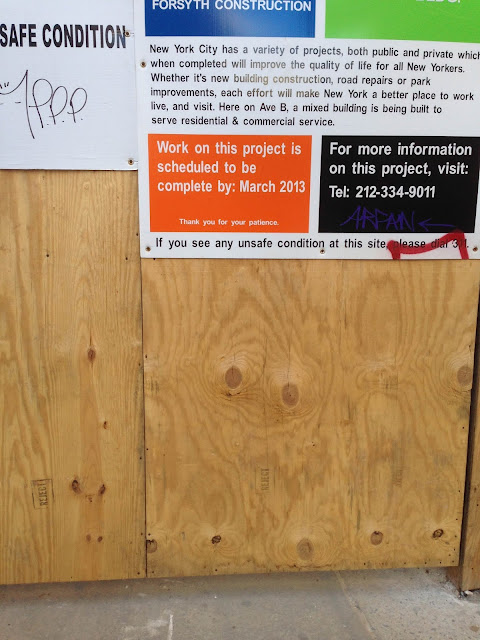 [Updated] 6-story apartment building ready to rise from the former Croxley Ales beer garden
Posted by Grieve at 6:00 AM

Well, at long last! I lived at 30 Ave. B the night the building that used to be there burned down and smoldered for two days back in 1982...the lots been empty ever since with the notable exception of the Beer Garden.