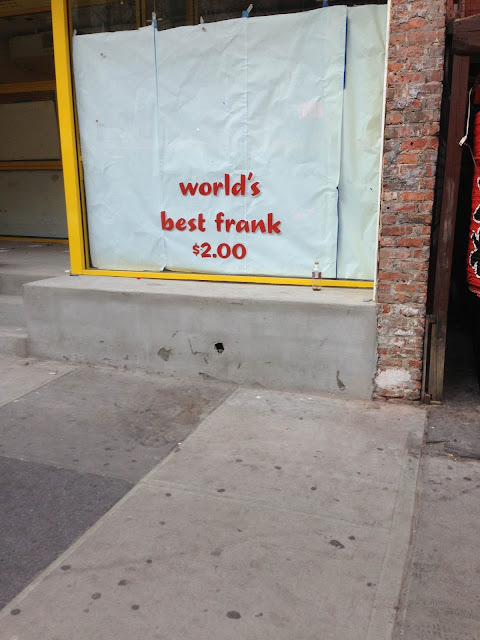 Meanwhile (via Eater last Wednesday), Design Observer interviewed Andrew Bernheimer, the architect who designed the East Village Papaya King. Headline: How to Design an Iconic NY Fast Food Joint? Bernheimer studied everyone from from Katz's to Shake Shack for this creation.

So how do you design a place that retains the je-ne-sais-quois authenticity of an iconic New York place without it becoming a generic franchise joint?

Use the language of their original store, and then deploy elements in slightly different ways. Don’t merely replicate things. For example, we decided to push the entry in from the street (the opposite of the original incarnation, which occupies a prominent corner on the Upper East Side) and widen it, to create a sheltered entry space. And we made it bright yellow, which picked up on their color scheme. Also, signage is really important. Sometimes we are taught in architecture school (or later on, learn in practice) that nostalgia isn’t valuable, and our impulse is to fight it. But in this case nostalgia was important, very much so.

Lastly, Wiener Watchers are predicting that Papaya King will be ... the place to be this summer... as evidenced by how the space is already attracting crowds... 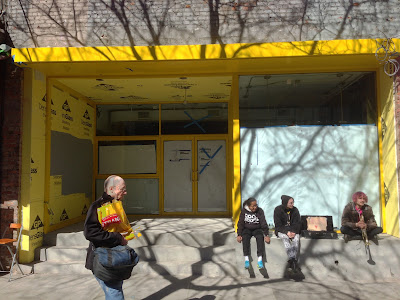 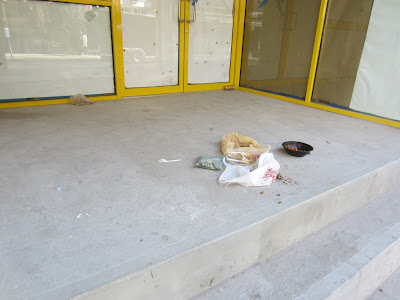 Via Twitter, the folks at Papaya King said that they are hoping to open by May 1. "Psyched to be coming downtown."
Posted by Grieve at 5:50 AM

Something about using "je-ne-sais-quois" in an article about a hot dog joint (no matter HOW revered) just seems like a faux pas.

Just took an excursion to 86th today. Grabbed myself a dog and a drink. Man, it was good. It'll be nice to have one down here. St. Marks is the perfect place for one.