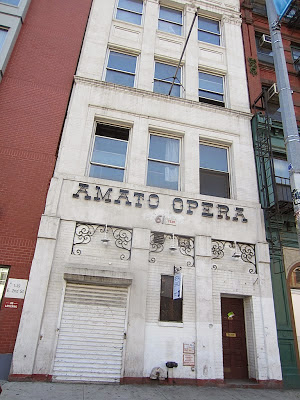 On the Bowery, the historic Amato Opera building has sat vacant since the company closed on May 31, 2009.

In January 2009, Anthony Amato, the company's 88-year-old founder, announced that he had sold the building that the Opera had called home since 1964. (Amato died in December 2011.)

In recent years, new landlord Steve Croman had applied to convert the theater at 319 Bowery between East First Street and East Second Street into a commercial and residential building. Now according to DOB records, the city approved the plans on Monday. Plans show three residential units above the ground-floor retail space, which is still on the market. 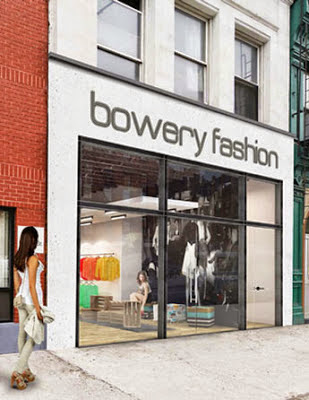 [Rendering for 319 Bowery via RKF]

Plans originally called for a penthouse here... though we didn't see any mention of that in the approved permits. 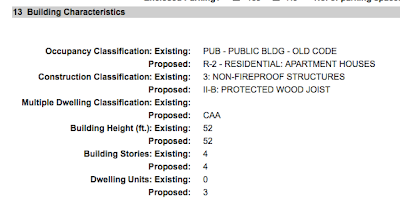 BoweryBoogie got a look inside the decaying Amato Opera back in June 2013. (Check out those photos here.) The building was later hit with a Stop Work Order.

Ruin of the Bowery nearly complete: Last season for the Amato Opera
Posted by Grieve at 5:05 AM

That is not what I think of when I hear the term "Bowery Fashion".

nygrump, I just wanted to share I only knew the inside was gutted months after my eviction from my SRO home at East 3rd Street and Bowery (about a year ago.)

I relocated pretty far away, thanks to a kind friend with a spare bed. I am very, very lucky and wouldn't know how I'd be living otherwise.

When unpacking my belongings I came across some old photos, back when I sang with the Amato Opera Theater. Curious, I Googled Amato Opera and saw the photos on Bowery Boogie, the photo essay and the decay. And on my last visit, I saw the building, and tried not to stop and stare and reminisce. Because I did so once and was yelled at by the people hanging out there. I didn't know what their anger to me was. I was just trying to revisit a place.

However sad that made me, I actually cried when I saw the artist rendering. I know what the artist is trying to do. I know I'm often told to accept change, that when I visit blogs like this (which I discovered by accident, trying to find out what happened to the garage on Bowery and Great Jones) I should just put up or shut up, I'm an old timer who can't move on.

But the only other time I've cried reading this blog is when I learned about Michael Brody. The site is called EV Grieve, and I'm doing it now.

I sang there from 1994-2001. I had voice lessons there much longer, not willing to let go of my training, or the atmosphere of Amato.

(If this doesn't get published by the 'Name' tool identity, I've written as 'Anonymous' but signed as 'Former East Villager'. So you know who I am!)

So is Bob Perl now the exclusive RE Broker for Harriet and Steve Crowman? Or can he still work for Icon, Jacobsen, Kushner and Shaoul?

You know, KOI might as well have opened-up in this block.

Thank you for checking in, Former East Villager. I'm sorry for your pain, and I hope you are doing ok.

My parents went on dates at the Amato back in the early 60s.

I will be so disappointed if Bowery fashion does not open in this space.