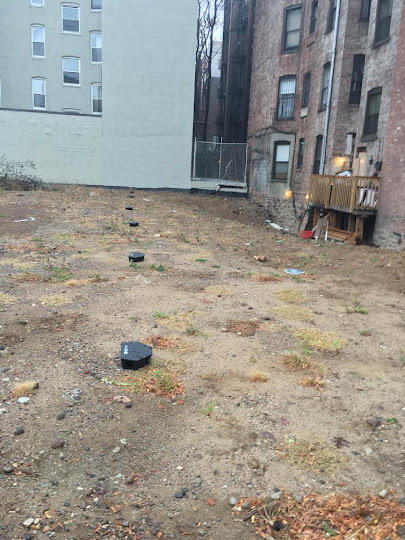 The owner of 123 Second Ave., which was destroyed during the deadly gas explosion of March 26, 2015, is selling his now-vacant property for $9.7 million, the Post reports.

As Lois Weiss reports, the city charged the landlords $350,000 to demolish each of the buildings.

To add insult to injury, all three properties were reclassified from apartments in Tax Class 2 to vacant land in Tax Class 4, which will bump their expected rates starting July 1.

While only Pasternak’s lot is for sale, each of the three lots, including the corner at 119 Second Ave., can host 10,000 buildable square feet for apartments, residential condominiums plus stores.

“We…understand that the development community has a certain interest,” said Compass broker Gabriele Sewtz, along with colleague Sarah Kruse. “The timing is right [for the owner] to let go and start over and give someone else a chance to develop the property.”

Investigators have said that an illegally tapped gas line next door at 121 Second Ave. may have caused the blast that killed two men and injured a few dozen other people... as well as destroyed three buildings — 119, 121 and 123 Second Ave.

Last month, the DA charged No. 119 and 121 landlord Maria Hrynenko and her son, Michael Hrynenko Jr., with involuntary manslaughter ... as well as contractor Dilber Kukic and an unlicensed plumber, Athanasios Ioannidis. (A fifth person, Andrew Trombettas, faces charges for supplying his license to Ioannidis.)

Former residents talk about landlord Maria Hrynenko: 'it was clear she wanted to get rid of anyone with a rent-regulated apartment'
Posted by Grieve at 4:30 AM

What are those - anti-personnel land mines???

Nine point seven mill - for an empty lot? Ya gotta be kiddin'.

Didn't take long for the RE vultures to circle up.

"Didn't take long for the RE vultures to circle up."

It's been almost a year, I guarantee you they started earlier than that. I'm actually surprised nothing had happened up to this point.

"Nine point seven mill - for an empty lot? Ya gotta be kiddin'."

the city should take these over and develop some affordable housing.

Why should their be affordable housing in such a highly desirable neighborhood?

Totally agree with 10:18AM. Affordable housing is the right answer, not to have RE vultures swoop in for luxury profits on this tragedy.

The city can't "just take it over." This is not North Korea. The government cannot just take things without paying for them.

Even though 9.7 is still really cheap for land like that, NYC is strapped for cash and if they needed more land (they have tons of it) it would be much wiser for them to buy in the boroughs where their money would go a lot further.

Thank you Anon 11:57! Did everyone not read this correctly? The person who is selling the lot is an affected owner, he had nothing to do with the explosion. If everyone on here is so generous with other people's property and you love the idea of affordable housing, it's simple - pool your money via crowdrise or something, buy the lot, build a building and give it away as affordable housing. Yeah, it only makes sense when it's somebody else's property to give away, doesn't it?

He has the right to get what he can. He was an innocent victim of the greedy owners of the corner lot. It's the owners of the lot next to his that should be charged with the RICO law. They shouldn't be allowed to profit from their crime.

Maybe NYC wouldn't be so strapped for cash if it didn't consistently give away millions in tax breaks to luxury developers, and sell off senior citizen housing for 1/5th its value so it can be turned into - what else - luxury condos?

You people seem to be forgetting that 9.7 for a building... No wait, a lot that now has no preservation nah sayes complaint about the old building. No rent control tenants who won't move. And even the demo Costa have been covered and completed...There isn't anything but a clean blank slate, and from a development standpoint. This is more valuable Iike this, than if there was a building on it...

$9.7 mil is a pretty good price if they throw in the dirt for free.

Or, the city wouldn't be so strapped for cash if it didn't blow money like a drunken sailor in a whorehouse. Like for example, if it magically got it's hands on a valuable piece of land, the smart thing to do would be make money off it. Not run it at a big fucking loss at a fraction of its value like you suggest.

In the event you are thinking "oh, just tell them to do it and don't give them shit, lol": that won't work because: (i) it's illegal for the city to do so under their charter, and (ii) and likely also a taking under eminent domain (meaning that the city would have to pay in cash). Sorry, no free ride.

Criminals don't deserve to profit from their crime. Isn't that what caused the 2 deaths? A greedy landlord wanted to make more money by siphoning gas from ConEd? So under the Rico law the government stops the criminal from profiting from their crime. Its a great law. And it should be applied no matter how stupid and uninformed your comment is.

I agree. It's time to let go and start anew. Let's hope if and when a building is replaced, it will include affordable housing and stores that aren't chains.

Aren't there some kind of building restrictions on this property that require the same thing that was there before be built?

Pasternak had to pay $350K for something that wasn't his fault? Would insurance cover that? If not, I'm assuming he's going to (if not already) sue the Hrynenkos.

Real estate is the most valuable asset form in the United States, and the majority of that value is not that of the building itself, which depreciates until it requires renovation, but of the “unimproved” land it sits on—the location. Imagine a skyscraper filled with sumptuous luxury condominiums, located in the center of Antarctica: However many millions had gone into its cutting-edge furnishings, without a community (parks, transit options, schools, shops, etc.) around to situate it in a desirable location, that building would be worthless as a real-estate investment. These community resources are reflected in what is commonly called “land value,” but is more precisely the price of the location. Rather than flowing to the community that created it, however, it is captured by individual real-estate owners.

Ever hear of eminent domain? Take the Hrynenkos property, pay the other owner, build housing.

@3:03. The government has to pay for things taken by eminent domain. It's literally written into the US Constitution. So, unless the City wants to pony up the $9.7m, (in which case, they can just bid like everybody else), I'm not sure what you are foreseeing eminent domain doing.

Even in Hyrenko owned it, which I understand she doesn't, the gubbamint still can't come along and jack the property. They can levy all sorts of fines, sure. But, there are already likely hundreds of millions of dollars in claims against them already, and the city is going to have to stand in line for its piece (sliver) of pie. Mechanically, how it works is the land would go into a bankruptcy estate which would be sold off. Under Federal law, the trustee of the bankruptcy estate would be required to sell it for the best price he/she could, and use the money to repay the claimants (people who got injured/killed, people that lost their homes, creditors, and anybody else with a claim).

So, yeah, even if Hyrenko owned it the city can't just steal the land that would have been used to partially repay the persons actually injured by the explosion.

anonymous 11:24 AM Why should their be affordable housing in such a highly desirable neighborhood?
because many of the tenants that lost their homes were here way before it was a desirable neighborhood - paid their rent on time, kept the buildings from foreclosure and protected the landlord. many came here because there was affordable housing and now have no place else to go. now they are rewarded with the loss of their homes. while market rate tenants also suffer, they have resources and more is available to them. finally the neighborhood gets another glass tower filled with super-rich, probably speculative trust fund babies, students and party bros.

anonymous 12:23 PM The person who is selling the lot is an affected owner, he had nothing to do with the explosion.
are you sure the affected owner is blameless; was a fair-minded landlord; did not try and get his tenants out; did not know the next door folks; has little insurance; etc? not so clear-cut an issue.

anonymous 12:24 Yes! The city should start stealing people's property. That's the best idea surfaced yet!
what do you think "eminent domain" means? there is a lot to look at here. does ownership mean release from responsibility?

He's a landlord, he must be an asshole. *eyeroll*

I am surprised that the EV commenters support eminent domain. That is usually a very unpopular government action to the people , see Barclays Center for example

Public housing as we understand it from the more socially progressive government of pre-Regan, will never be built on Manhattan ever again. This island is too valuable and what property the city does own they are giving it away to developers for luxury condos. Look at the closed public schools and hospices which have been handed over without one notice to the general public. The next stage is demolishing what public housing we still have because "it is too expensive to maintain" will be the excuse. That public land again will be sold cheap to developers and their publicly elected cronies will be certain election funding for years to come. I suggest all of you do like I do, walk around the East Village with a camera or camera phone and take pictures of your favorite things because most of what you value and enjoy will be gone soon or much much later.

eminent domain has a place - the term public benefit comes to mind, but that's what the sla calls a liquor license.
too bad that it's mostly used to things like the barklays center and other private expensive venues that mostly benefit the investors.

de Blasio will fix everything.

Blah blah housing blah... meanwhile we are Living on outdated cast iron gas pipes that Coned is patching up as problems arise/ enough tenats get pissed. Id like to see more organizing for affordable housong but whats the point if foriegn investments and trust funds pay for everything.

This is private property folks. The owner, who had nothing to do with the explosion, has every right to sell his land to another private entity.

Oh... all you folks are so innocent, ya know NYU is going to buy all three lots and make a giant dorm and name it Love Saves the Day or even Blimpies [ala The Palldium] for the business that used to be there