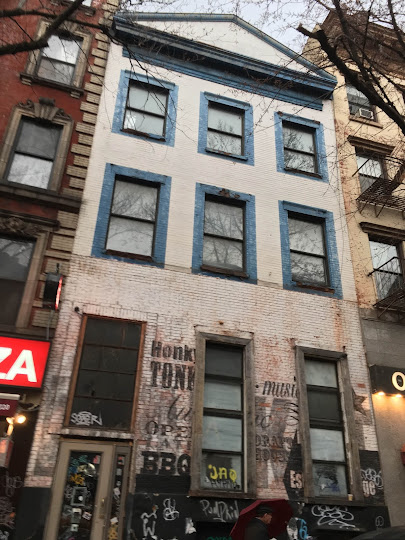 Plans are reportedly underway to convert the former Lucky Cheng's on First Avenue and its adjacent space on East Second Street.

Real Estate Weekly has the story:

Carmar Development, LLC, is in the throes of converting the former club and restaurant into which occupied two contiguous mixed-use properties totaling 14,000 s/f at 24 First Avenue and 99-101 East Second Street.

Uri Marrache, a principal at Carmar Development said, "As it stands, it seems like we’ll be dividing the East 2nd street property and the 1st Avenue property so I think ultimately we’ll see two retail tenants."

Noting that talks were "very, very far along," Marrache said, "The 1st avenue side is going to be a restaurant."

Marrache declined to name the tenant, noting only that it "will be the newest location of what is already an established restaurant group." He also said that the L-shaped property has 12,000 square feet of air rights.

Hayne Suthon, who owned and and operated Lucky Cheng's also lived in the building. She died of cancer at age 57 in June 2014.

She had been in a legal fight with the operators behind Pride and Joy BBQ, who were renting the space to open a 220-seat honky tonk featuring three bars and about 20 TV screen. (You can read more about this lawsuit here and here.)

The East Second Street space has been home to an array of short-lived concepts in recents years, including Bento Burger ... Marfa... and Waikiki Wally's... 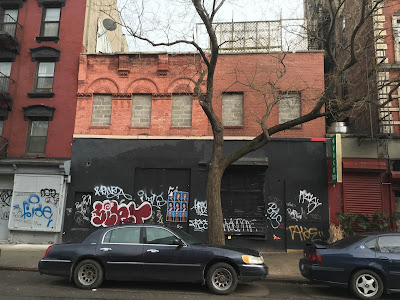 Workers had gutted the space in late 2012-early 2013 to make way for BBQ chef Myron Mixon's restaurant/saloon. He later had a falling out with his partners, who decided to push forward with a BBQ restaurant here without Mixon. And the space was strangely gutted again.

There are complaints on file with the DOB for work being done at 24 First Ave. and 99 E. Second St. without a permit. There is also an open violation from the city for work without a permit, per public records. The DOB doesn't currently list any active work permits for the properties.

Pride and Joy's unpaid electric bill
Posted by Grieve at 4:21 AM

Why is it the words "restaurant group" distill fear in me?

I say bring it back as the Club Baths! Let's go true Old School NYC!