EVG reader Gregory Patrick had been wanting a shot of lightning striking the steel spire atop One World Trade Center.

He got his wish early this morning around 4 — twice. 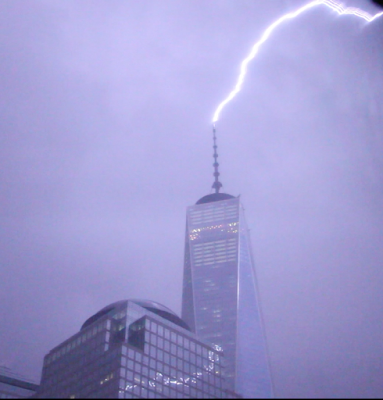 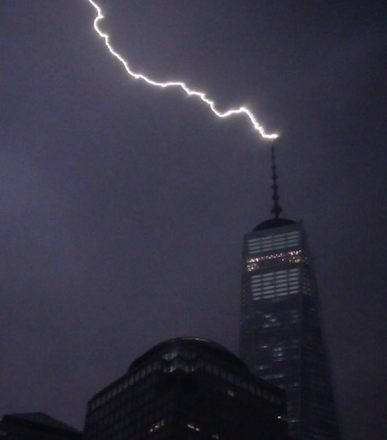 "I go out for storms, and I’ve been watching radar looking for a storm to head downtown," said Patrick, who usually photographs circus performers for his entertainment company. "I've gotten shots of lightning hitting the tower from my roof in the East Village, but I wanted a shot from looking straight up."

While there isn't any documentation on the number of strikes at One World Trade Center, the Empire State Building is reportedly struck about 25 times per year.

great shots! congratulations on hunting down your prey!

Wow, that first one... Nailed it