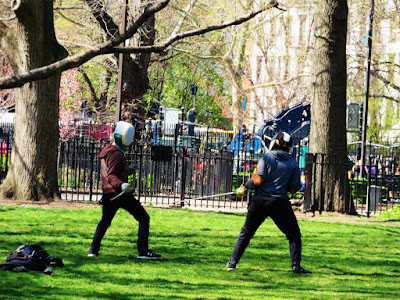 Documents from the U.S. Attorney claim that former Assemblyman Sheldon Silver was involved in two extramarital affairs (The Lo-Down)

Another rent freeze for rent-stabilized apartments this year? (Curbed)

A look at "Rock and Rule" from 1983, an animated film with Maurice White of Earth, Wind & Fire, Lou Reed, Iggy Pop, and Chris Stein and Debbie Harry of Blondie (Dangerous Minds)

And today, Zachary Zamsky, 18, a student now at Boston University, makes his professional film debut as the lead in David Shane's short film "The Board," which is competing at the Tribeca Film Festival. The film follows a socially challenged high school kid who tests his ultimate system for making a successful first-time call to his crush.

Zamsky, who was born and bred on East Fifth Street, is the son of two former actors and active East Village residents. He has been acting since he was a kid, taking after-school classes at the former Children’s Aid Society on Sullivan Street. He attended the drama studio at the famed LaGuardia High School for the Performing Arts, graduating last June, and shot the movie over the summer and into the fall. 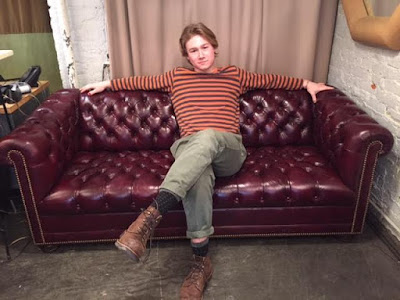 [Photo courtesy of Stuart Zamsky]
Posted by Grieve at 11:30 AM


DRUG DEALERS WANT TO SELL THEIR DRUGS ON SUNDAY MORNING TO GET THEIR CUSTOMERS MORE FUCKED UP EARLIER, and increase revenues to the National Security State! What a surprise: "The report's authors include State Liquor Authority chairman Vincent Bradley and Brooklyn Brewery co-founder Steve Hindy."

Oh nooooo about Mariella! I lwent to Stromboli on University a little more often (VERY missed) but Mariella was also really good. Dammit. Ugh. Where am I going to get pizza now?! Classic pizza, not fancy pizza, I mean. (I like fancy pizza sometimes too -- no slam against fancy pizza, but I only get it every now and then.) Personally I don't care for Joe's on 14th Street. Cardboardy crust, in my opinion. Outsiders might laugh..."You're having a hard time finding a slice of pizza you like in New York City??" But it's true! Now I just don't know where to go!

I pass by Mariella's on my way home and always enjoyed the hot pizza aromas coming out of there. Made me hungry. But I never stopped in. Now regret it.

Really? Is there really not one morning where the bro-ho's can go for a few hours without getting likkered up? Such bullshit, to make it seem like it's now impossible to enjoy life unless one is holding a cheap mimosa, and just one more ploy on the part of bar owners and the SLA to milk yet more profit out of the EV without any regard for its residents.

Mariella's was a regular stop of mine on the way home from high school, right after it opened. It was always comforting in later years to see it still there. Now I wish I'd stopped in more often.

On a happier note, right on to the brilliant James Romberger and family!