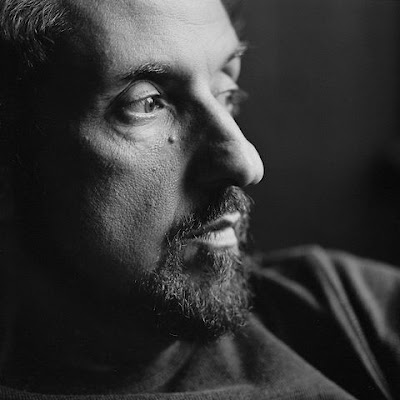 Several residents have passed along the sad news that longtime East Village resident, Roland Legiardi-Laura, died on Wednesday of cancer. He was in his early 60s.

The Nuyorican Poets Cafe on East Third Street, where he served as a director, posted this on Facebook:

With sadness and fond memories, we raise our glasses to poet, filmmaker and longtime Cafe board member Roland Legiardi-Laura, who passed today. A champion of East Village arts groups, Roland directed the Fifth Night Screenplay Series, founded Power Poetry and co-directed the film "To Be Heard." He was a friend and mentor to many, and he will be greatly missed.

In July 2000, The New York Times profiled Legiardi-Laura (focusing on how he bought a derelict loft space for $10,000 in 1978 inside the former Tompkins Square Boys' Lodging House on Avenue B at Eighth Street):

A poet and filmmaker, Mr. Legiardi-Laura, 47, is perhaps best known as a director of the Nuyorican Poets Cafe, the East Village institution he helped to revive after years of dormancy. His colorful curriculum vitae also includes "Azul," a documentary he directed about the Nicaraguan passion for poetry, and founding Words to Go, a traveling troupe of poets who brought verse to museum steps and street corners.

Now, he is beginning work on a three-part documentary about the history and purpose of American public schooling. "Roland is that rarest of modern social phenomena," said John Gatto, the 1991 New York State Teacher of the Year, who was the project's inspiration. "He is a significant player in cultural and community affairs who's not beholden to institutions or corporations -- a citizen, in the Jeffersonian sense of the word."

Mr. Legiardi-Laura is also the consummate autodidact, the sort who knows the ages of trees in Tompkins Square Park because he dug up the original survey maps.

And he is passionate about the East Village. Asked what he likes about it, he replied, "I'll give you a history of the neighborhood, briefly." Then he continued, straight-faced, "Twelve thousand years ago..."

This is sad; I had no idea, and he lived right next door to me.

There may be, there no doubt is, a much richer story here but . . . I first met Roland when he quite literally played Santa Claus. The parameters of the project are a little hazy to me but perhaps a dozen years ago, for at least three years running, Roland carefully selected, purchased, wrapped, and addressed gifts to 100 or so kids from the neighborhood and then threw a huge, swank, most of a day long, party for all of the kids and their parents in his loft. I know, it sounds implausible but my kids and every kid I know from the neighborhood a dozen years ago, received lavish--train sets, Lego sets, sets of books, musical instruments, science kits, tools, sports gear, and so on--gifts from Roland. HIs loft looked like a Toys R Us popup store that landed in a Christmas circus, plus food. Nearly every gift, I suspect all of them, was carefully selected specifically for the kid who received it. Roland had a long complex list and he talked to parents and kids well before Christmas about what Santa might bring. There was a lavish spread, including the world's largest bowl of spiked eggnog, for the parents and another lavish spread for the kids. There were gifts for little brothers and sisters and friends who weren't invited but showed up anyway. The party was complete mayhem but . . . nearly every kid in the neighborhood--rich, poor, Jewish, Catholic, Muslim, recent immigrant, refugee, and/or whatever--received a gift from Santa. I don't remember if Roland actually played Santa Claus but there was a Santa who showed up with a huge, huge bag of gifts for all of the younger kids. The older kids had to dig through the wrapped gifts under the tree to look for there. Roland usually gave a speech, a ridiculous Bar Mitzvah-style thing filled with bad political jokes and puns . . . while the kids went completely nuts on sugar and gifts and Christmas.

I have no idea why Roland played SuperSanta . . . other than he seemed to totally like playing Santa and was crazy happy about the whole thing . . . and he was all about kids. I think one or more other people were involved in the gifts/party/Santa and I'm sure someone else here knows way more about the Roland Santa party and can fill in the details (and correct what I got wrong) but . . . those parties are how I met Roland. He was, on top of everything else, a generous neighbor, a literal Santa Claus.

Bob Holman arrived as Santa Claus. Roland read his hilarious, topical, politicized version of The Night Before Christmas. I recall that he gave my then seven-year-old son, who was into medieval knighthood, an enormous Lego Castle set, a movie, two books, and a model knight kit. Mind-blowing.

Roland had an ideological view of social harmony and put it to practice seriously. His good works for the benefit of the local neighborhood will not be duplicated. His commitment to the actual physical stuff of the neighborhood -the age of the individual trees in the park for instance- and the spiritual well-being of residents -the huge holiday party to incite joy in hundreds of young people- are a potent course of direct action that need to be included in a how-to book on creating a whole and prosperous community. He was ponderously generous and kind by nature, and worked fucking hard to give it all out.

Ah, that's right, Bob Holman was Santa Claus. (At least some of the time.)

Am I wrong in remembering that Roland read an East Village version of the Night Before Christmas that weaved local events with national politics?

"Roland had an ideological view of social harmony and put it to practice seriously."

Yes. That seemed to me--other than a genuine appreciation of kids of all sorts--what motivated him. I'm not sure if anyone else has mentioned another of Roland's neighborhood projects . . . saving St. Brigid's church. It's not accurate to say that he single-handedly saved the church but I'd guess that without his eagle eye looking out of his window every day at the church (and calling those who needed to be called when necessary) and without his making contacts between the various parties involved in saving the church and with his time and money spent with various parties . . . the church would be long gone without Roland.

So sorry to hear of his passing. I live next door to Roland's place but was unaware of any impending illness. He was a consistently positive and inspiring person. Whenever we met we had good words and encouraging thoughts and mutual appreciations to share with one another. And Oh Yes to his role in helping save St. Brigids. I miss him. Stuart Leigh

Last night I looked up at Rolands windows. Dark. I miss seeing all his books, and him. He was a light in our neighborhood to be sure. His legacy of neighborhood support in both individual and institutional ways is something to aspire to. Lets all try to carry on a little bit of him as we move forward, and maybe his influence will still prevail.

We just found out about Roland passing away. He was our landlord for 6 wonderful years when we lived on 295 E 8th Street. He was a wonderful, generous, truly interesting man. We loved seeing him and having long conversations. He had a unique world view and did so much for others. We will miss him. If you want to see some of his great work in action, along with his friends, buy a copy of To Be Heard. It is completely inspiring and another example of his commitment to making NY a better place for everyone, especially those in need of a helping hand. And he did it through poetry - now that's a real Renaissance man. We are better for having met him and poorer for his passing.

We lived downstairs from Roland for two very happy years, and were lucky enough to bump into him on an almost daily basis. He was a generous, witty, insightful and inspiring person. He always had a gift for our kids, a book to recommend, a funny story to tell, and was deeply engaged in community issues and social justice.

Walking home after nights out, we would always look up at the soft lights shining from Roland's book-lined apartment. He was such a fixture in the East Village and in many ways embodied its liberal, creative and left-field spirit.

We were lucky to know Roland. We hope to carry on that neighbourhood spirit and open-hearted generosity in our own lives.

One year, I remember being an elf to Roland's, Santa. He told me about the kids and I went and got a bunch of books and some wrapping paper and we wrapped them all up in time for the party. It made made Roland (well, really, the whole neighborhood) so happy.