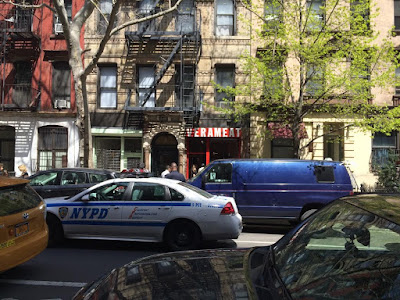 Several EVG readers noted a strong police presence this afternoon on East Ninth Street between First Avenue and Second Avenue... There's not much information at the moment. According to witnesses, the jewelry store Verameat was robbed by a man with a knife just after 1 p.m. ... 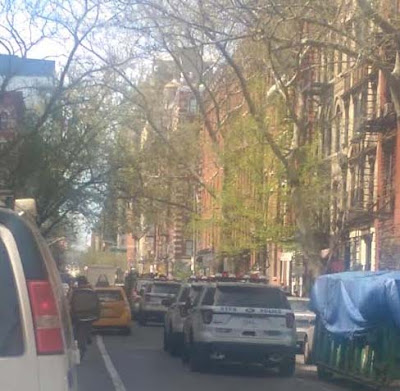 The Post has a few more details in its Daily Blotter:

The 27-year-old victim was shopping in Verameat on East Ninth Street at about noon on Tuesday when the male suspect walked in, pulled a knife and forced her into the restroom. The woman handed about $200, jewelry, a laptop computer and a cellphone to the robber, who fled, investigators said.

No mention of a description for the suspect... or where a store employee might have been. Seems likely that the store employee was the one robbed....

I walk past this almost every day. Scary!!! Hope everyone in the store is safe and all right.

A jewelry story? damn...i never even looked in because I assumed it was some stupid vegan anti-meat establishment. Maybe I should pay more attention.

I wonder if E. 9th St is a target? I was in one of those boutiques one day, with the young female shop attendant saying a robber had just been in and out --

That's terrible! She has one of the coolest signs on the block.

Meat is her adorable dog.