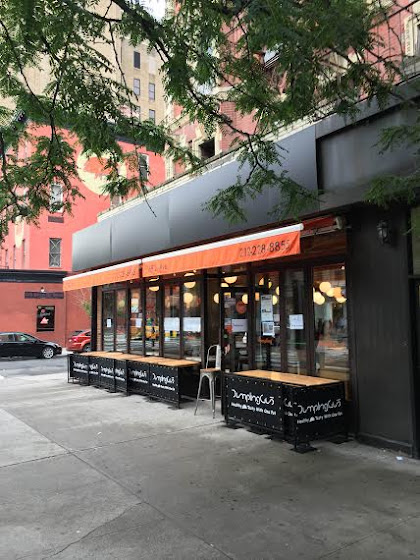 Over the weekend several readers pointed out that DumplingGo emerged from behind the brown-papered windows with a new look, concept and name here on Second Avenue and 12th Street.

Dumpling Guo will offer dumplings and hot pot... as the signs in the windows explain... 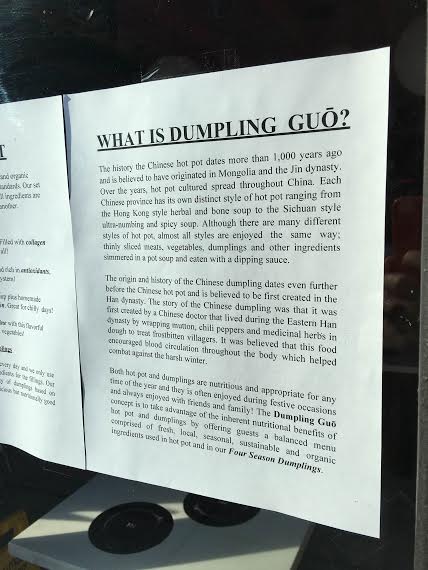 One sign says that they "source fresh, local, sustainable and organic ingredients" ... 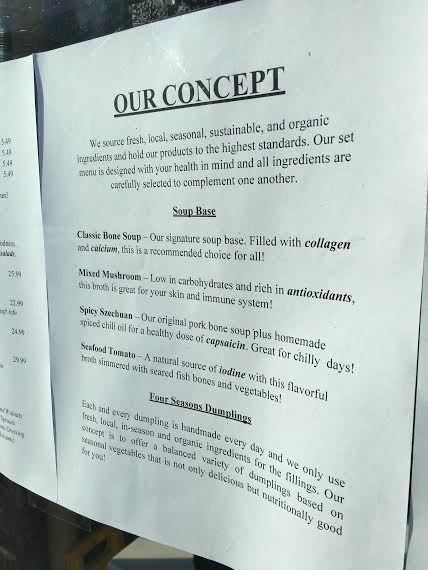 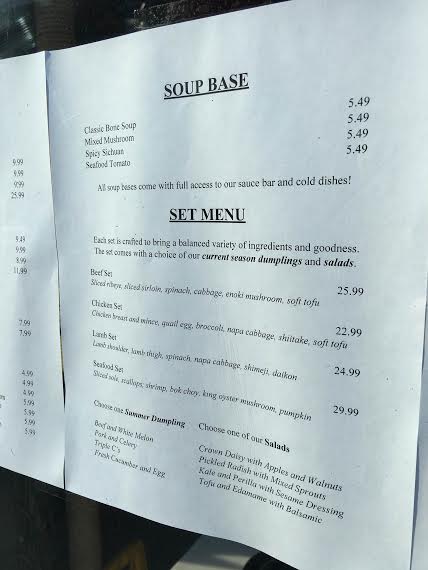 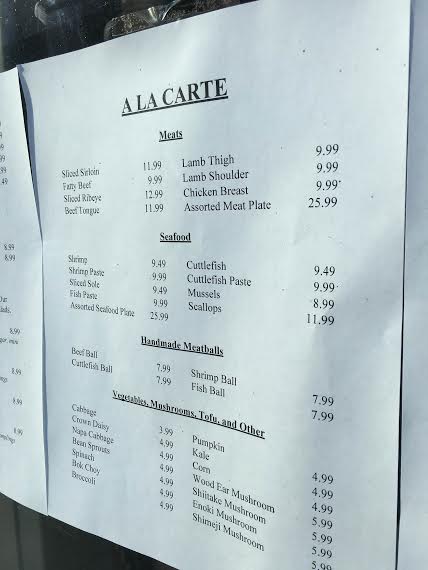 DumplingGo closed in April for renovations, though there wasn't any explanation signage for customers. DumplingGo, which opened in March 2015, never appeared all the busy ... while Mimi Cheng's Dumplings was packing them in across Second Avenue.

So perhaps the new offerings and approach will bring in more diners. The DumplingGo team also received the OK from CB3 in April for a beer-wine license.

On Saturday afternoon, an EVG reader said that a few people appeared to be inside dining (perhaps as a friends-family test run) ... though the sign on the door says opening soon... 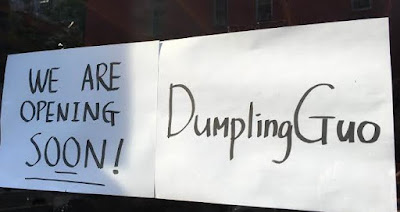 that is a lot of information

How about Dumpling NO?

Curious as to why this place has no pork on the menu, which is such a traditional Chinese food, especially in dumplings, but does have lamb, which is not. I wonder if they are Uighers?

I stopped reading after 140 characters.

Beer and wine license...those are the real magic words. Just what we need another barrrrr.

Enough with these lousy Chinese fast food joints and let's have a Schezuan restaurant.

I assume from the slight change in the name that there are new owners. It would be great if the dumplings are edible and the place has more of a personality. I will try it!

What a strange menu. Why can't there be a regular Chinese restaurant in this hood?

Gimme a place with a pagoda, dragons, red carpet, and that cool ass lettering!

We had one. Jade Mountain. 2nd Ave and 12th. Real old-school food. What I want is a good, cheap dim sum place.