The L train shutdown countdown clock is on 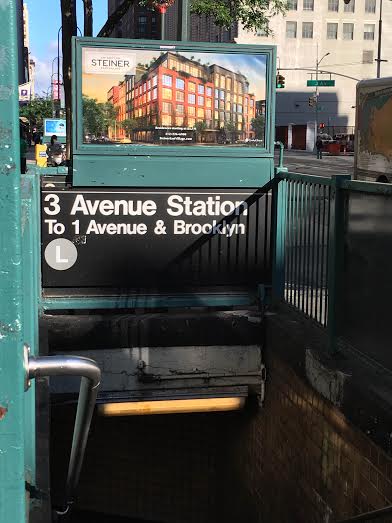 You likely saw this news everywhere yesterday: The MTA announced that L-train service between Bedford Avenue and Eighth Avenue will shut down for 18 months starting in January 2019.

The MTA opted against the three-year schedule that would have kept one of the L train's tracks open with greatly reduced service.

L trains will continue to operate in Brooklyn between the Williamsburg and Canarsie neighborhoods, but will not run between the Eighth Avenue stop in Manhattan and the Bedford Avenue station in Brooklyn. All five L train stops in Manhattan will close, along with the tunnel. About 225,000 riders now take the L train across the East River each day.

And here are a few details via The Wall Street Journal:

Opened in 1924, the L train tunnel’s innards have suffered damage wrought by the passage of years and Sandy.

Ms. Hakim said the authority planned to offer incentives to speed up construction work, and would impose penalties if the work is delayed beyond 18 months.

The project is expected to cost between about $800 million and $1 billion.

In making the announcement yesterday, MTA officials did not present transit options for the L's displaced riders. They will apparently offer some solutions at a later date.

DNAinfo rounds up a few possibilities ... and there's the idea to close parts of 14th Street to vehicular traffic, with a dedicated bus and bike route to help ease the crosstown commute while the L is out. And maybe make this permanent.

Other advice on how to get around along this corridor during the shutdown is welcome.

If you work in midtown, the G at Metropolitan to the E/M at Court Square isn't a bad option, but if you work or hang out in Chelsea/the Village/Flatiron/Gramercy, your commute just got a whole lot more fun.

At least villagers can still take the M14 across town.

I submitted a proposal for construction of a launching station in Bushwick Inlet Park. Widely available and economical thermoplastic polymer cords would propel a typically proportioned hipster commuter at high speed towards a giant foam landing pad that would temporarily replace the running track at 6th street in the East River Park. Use of helmets would be encouraged but not mandatory.

This was bound to happen. Just a matter of time. I think I'll continue to struggle and stay in the east village with high rent than deal with the hassle of commuting to Williamsburg, which is just as costly, if not more.

You just KNOW this is going to be used as a way to close part of 14th St. to traffic permanently, thus screwing up the ability to get around that much more. Maybe they'll make little pedestrian "islands" for the tourists to sit at cute little tables and gawk at the actual New Yorkers, just as they have at 42nd and at 34th Streets. Remember when it USED to be possible to take a bus down Broadway from uptown? (Particularly convenient from Lincoln Center late at night.) But hey, the powers that be decided we needed "traffic calming" [cue hysterical laughter] more than we need buses to serve the people who actually LIVE here.

And when Manhattan below 96th St. becomes permanently gridlocked, I want full credit to be given to the geniuses who decided that having FEWER lanes for traffic, while massively increasing the number of people living in Manhattan, is how you fix "congestion". [Now all the bike riders will say "we don't need no stinking buses; if you can't ride a bike you don't belong here".]

Really wish they'd add an Ave A stairwell while they were at it!

These posts are the perfect place to finish my collection of gut-busting and innovative hipster jokes. Nice mustache, scumbag! Put it in a mason jar ha ha lol type type type

The M14 is going to be sofa king crowded! I sure hope some blogger [hint, hint] can offer some suggestions for a work-around.

For instance, I know I'm going to end up taking the J train a lot more; I also know I'm going to curse the MTA every time I try to get to Brooklyn from 14th street. Why can't they run shuttle buses? That's always been their strategy before.

The G train is going to get very packed though; it's already pretty close to capacity most of the time. I sure wish they'd add one or two cars to a typical G train; right now, it's kind of like a toy train, with its four little cars.

Hipsters and the young with affluenza. ain't worried. Citibikes to the rescue!

if you thought it was expensive in the ev give it 6 months - street easy will have east village up 18% in jan 2017 from now and the billyburg down 8%.
thanks deblasio for "saving" the "affordable" housing at stuytown ! now everyone of every economic level gets to walk across 14th st.
this i have to see................