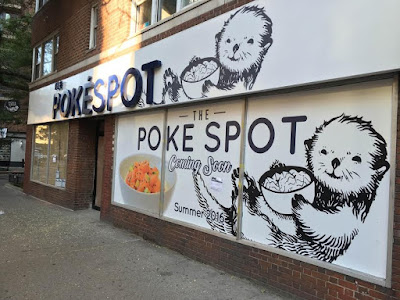 The signage has arrived for The PokéSpot, which will be serving Hawaiian raw-fish salad on Fourth Avenue and 12th Street in the space that previously housed the Subway (sandwich shop). 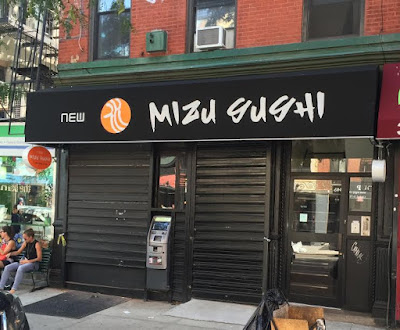 A.K. Shoe Repair was here until last August ... then a tobacco-variety shop quickly came and went after several months. 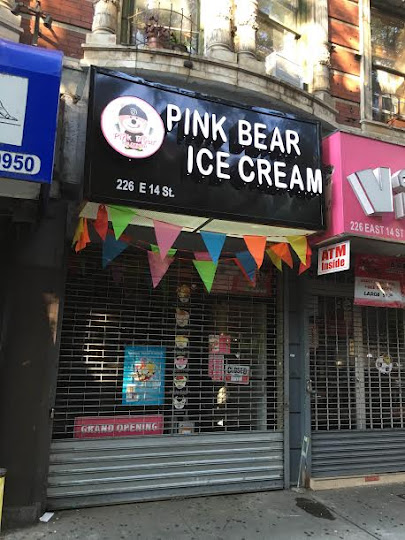 And on East 14th Street between First Avenue and Second Avenue, EVG reader KT notes the signage is up at the incoming E14 MedicalArts facility... 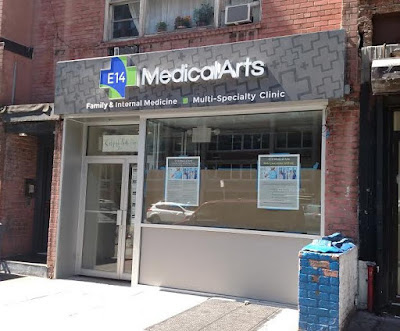 Per the sign in the window, E14 is a "state of the art boutique medical and wellness center which will cater to Stuyvesant Town residents."

The address was previously Danny Cycle's, which closed here at the end of 2015.
Posted by Grieve at 4:00 AM

Email ThisBlogThis!Share to TwitterShare to FacebookShare to Pinterest
Labels: new restaurants sort of, signage, The PokéSpot

As part of the EVG subcommittee that complains about fugly signage, I have to say these are all pretty good. The Mizu Sushi awning is basically everything one could want in a sign: clean, uncluttered, nice font, nice colors. I'm not a fan of plasticky signs, but Pink Bear's is pretty unobtrusive as these things go, and it meshes very well with the pink Vivi's sign next door. The subtle cross design in the background of the Medical Arts sign is a nice touch.

Which brings us to Poke Spot ... it's mildly terrifying, but I will be charitable and assume that it won't be as scary once the window coverings come off.

Good luck Poke Spot. From what I have learned from reading these comments is that there is still a sizable population around here that is terrified of eating raw fish.

What is "a boutique medical center"? And why is it geared towards residents of Stuytown? Is it going to specialize in treating alcohol poisoning?

I hate that it's going to be a sushi spot on my block. First food place in the block, thin edge of the wedge. Oh well, at least there won't be cooking smells...