Last licks for Ludlow Guitars on the Lower East Side 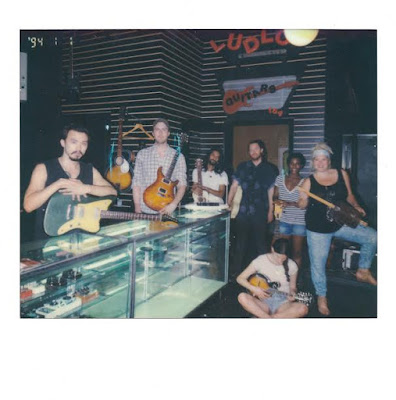 [Ludlow Guitars owner Kaan Howell and employee Garret Lovell, first and second from left, along with members of nearby Con Artist Collective.]

Earlier this month, Ludlow Guitars announced that they were relocating to Brooklyn after 17 years on the Lower East Side.

Here's what owner Kaan Howell had to say, as reported by The Lo-Down:

[T]he move to Brooklyn is not due to an alarming rent increase, unlike his move 6 years ago from 164 Ludlow St. to the current location. “Normally when you do the move,” he said, “it’s not generally one thing (namely a rent hike).”

“The lease is not up this second,” Howell said, “but I’m choosing to leave before I really don’t have a choice.”

Yesterday was the store's last day in business here between Houston and Stanton.

Photographer Nick McManus, a group portrait artist who works on Impossible Project Polaroids for gallery exhibition in New York, stopped by for some closing shots.

I was able to take a group portraits for the final day of Ludlow Guitars. Owner Kaan Howell and employee Garret Lovell were joined by their neighbors from Con Artist Collective down the block as the sun shone on the facade.

Kaan, who's owned the business since 2004, told me they'll be opening up in Brooklyn soon and were excited to start a new chapter there.

It was second time Ludlow Guitars has relocated after moving just up the block in 2010 from it's longtime home at 164 Ludlow St. where ODD is presently located. Kaan and Garret enjoyed the shoot and gave everyone guitars to pose with. 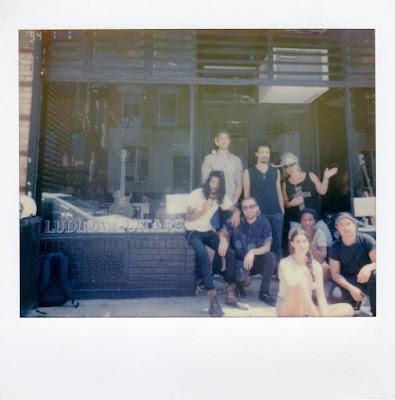