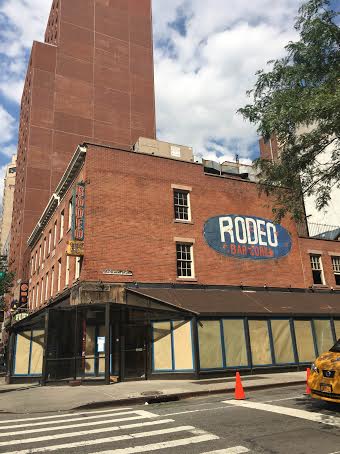 Back in early January, Kips Bay Corner reported that the owners of East Village bars Phebe's on the Bowery and Penny Farthing on Third Avenue would be reopening the former Rodeo Bar on Third Avenue at 27th Street.

Now Kips Bay Corner brings word that plans are moving forward on the space. However, it does NOT appear that the new venture, called the Gem Saloon, will host live music like the Rodeo Bar did.

Word on the street is that it’s going to be reopened as an Irish pub; however, if it’s named after the landmarked 1917 Gem Saloon in Montana, it may be keeping within the honky tonk theme of the Rodeo Bar.

This week we witnessed walls being taken down inside the E.27th st. corner building. The owners, which include former NBA star Steve Nash, will not be bringing live music to the once popular spot.

As we first reported in July 2014, the bar — billed as "NYC’s longest running honky-tonk" — closed for good after 27 years in business. In a message on Facebook, the owners said that recent rent increases, "combined with a changing landscape, have made it impossible for us continue."

It's so nice to see Gem Spa expanding the business beyond jelly candy, egg creams and Zoltar.

BOOOO! to no live music.

This was a classic dive bar. I lived moved to that block when this place was about to open, which was a not too attractive area. The agent showing the apartment said that the soon to be opened rodeo bar was a sign of gentrification. He evidently never went in the bathrooms.

The bathrooms at Rodeo were palatial compared to the hellholes at CBGBs!