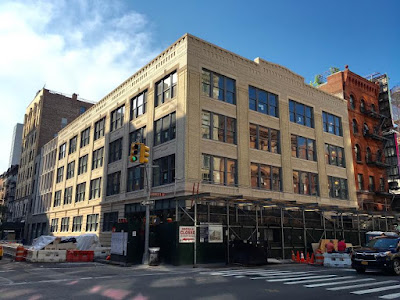 After nearly 21 months of work, the sidewalk bridge and scaffolding have been removed from NYU's Academic Support Center (the former Tower video space) at 383 Lafayette St. at East Fourth Street... 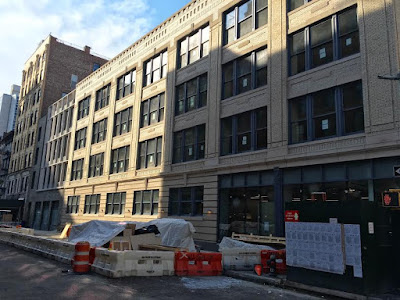 As Curbed reported in July 2014, NYU was expanding the space, adding a new 4-floor buidling on the land that previously housed the Plantworks garden center for nearly 40 years. 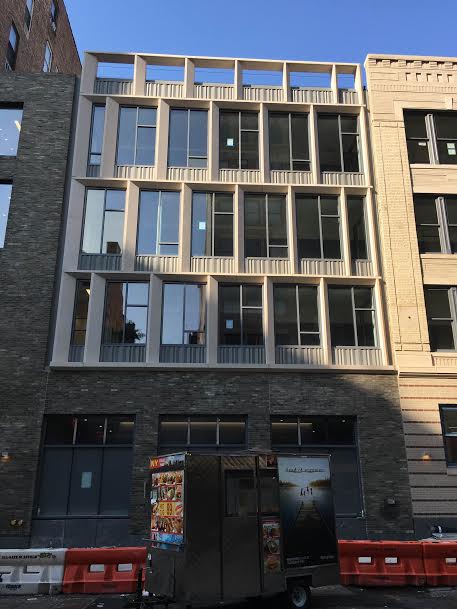 Previously on EV Grieve:
Report: Growing soon in the former Plantworks garden center — an NYU building
Posted by Grieve at 4:20 AM

NYU is ruining everything unique, precious & great about NYC and is continually doing so.

A marvelous lesson in the distinctive relationship between the conception of architectural activity and its realization in built form. (Kidding)

"Academic Support Center" sounds, to me, like a jockstrap shop.