Police searching for man who tried to rape a 21-year-old unconscious woman on Suffolk and Stanton (Daily News)... Updated, the NYPD has made an arrest (Daily News) 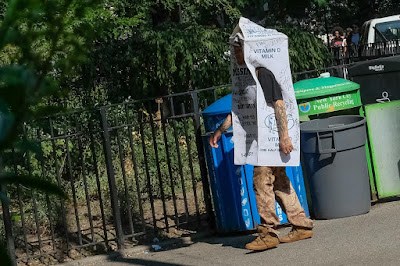 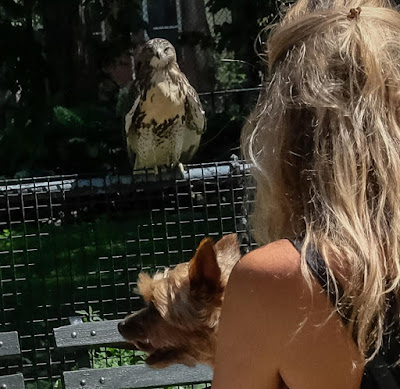 Back in the late summer of 2014, Below 7th quietly opened a few steps down in the storefront at 63 E. Seventh St. between First Avenue and Second Avenue. And just as quietly the shop closed, though the signage and some of the merchandise remained behind. The shop returned earlier this summer... several EVG readers have said that they like the gift shop, which sells candles, bath soaps and gift cards, among other items... 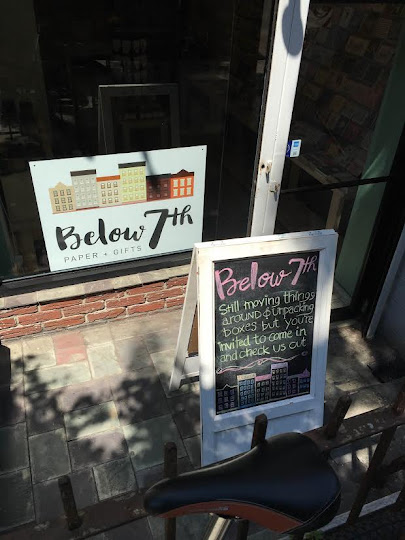 Nice phot by Derek. I wonder if that woman realizes that hawk is saying, "Mmmm... Lunch!"

In no particular order:

People are still waiting in line for cronuts?

Wonder how long before DeBlah-Blah-Blahsio is revealed as the corrupt, lying shyster he really is?

LoDown calls the building on Allen St, a "bathhouse" isn't it actually a "bathroom" ? There was a Municipal Bathhouse on Allen, just north of Delancey, but it was purchased by a Chinese charity group a couple of decades ago.

Chez Median, a simple overpriced bistro with a fascinating past as a former public loo. Specializing in American Standard style cooking. $$$$