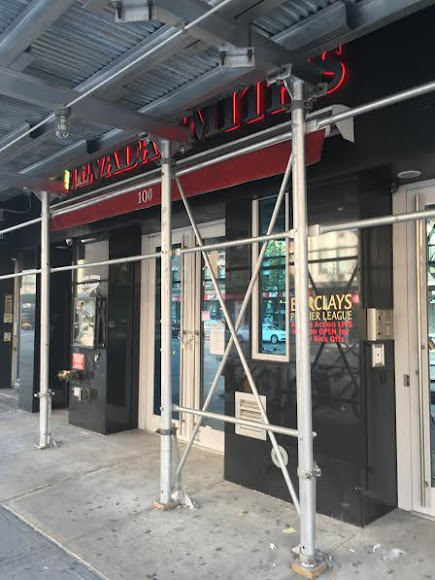 Back in February, we reported that a group of nightlife vets had big plans for the the former Nevada Smiths space on Third Avenue between East 12th Street and East 13th Street.

Bruce Caulfield, a former Nevada Smiths partner and veteran NYC bar and business owner, along with James Morrissey (The Late Late on East Houston) and Gerard McNamee (GM of Webster Hall) were OK'd by CB3 earlier this year to open a coffee house, vintage vinyl record store paying homage to Thin Lizzy and bar/restaurant all under one roof.

The Daily News has a few more details about the space, which will be going by The VNYL.

For starters, actor Adrian Grenier is apparently a partner in the venture.

The massive, 7,000-square-foot space with three floors will open in August with a record store in the front of the former Nevada Smith’s sports bar space. The ambiance at this restaurant/bar is being “designed to attract patrons of music, fashion and art,” a source at the restaurant told us. Expect speciality cocktails and California-inspired fare by chef Jordan Andino.

Based on their Facebook page, The VNYL is going with the tagline "House of Cocktail." 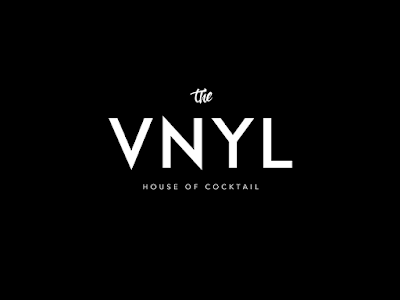 New concept for Nevada Smiths includes record store paying homage to Thin Lizzy, plus a bar
Posted by Grieve at 4:21 AM

Another place I will be sure not to go to!

Story time (apologies in advance for length): I once worked the door at a downtown music venue. The space I worked was a smaller venue inside the large club, mostly for unsigned acts, local kids, people just starting out, etc. The acts who played that space did get a couple drink tickets and about 5 spots (per act, not per each person in act) on a guest list. But since most of these acts were broke, the guest list spots were typically taken up by their friend who drove the van, their other friend who loaded their equipment down three flights, a girlfriend who worked the merch table, etc.

So one day I'm sitting there after the bands had loaded in, waiting by the door for anyone to show up (shows in this space were also often low-attended, sadly), and Adrian Greiner waltzes up, gives me a dumb movie-star smile and attempts to wordlessly enter the space without a ticket. I ask him for one and he looks at me like I'm daft -- don't I know who he is? I knew him from John Waters's Cecil B. Demented, but he was on Entourage by then, which is not a point in anyone's favor IMO. He tells me he is friends with the band. Aren't we all? I ask him to please buy a ticket. Instead he loiters in front of my little desk until he finally gets one of the band members (who are busy setting up, mind you) on his phone.

After a little back-and-forth on the phone, the friend comes out from inside the space and hurriedly asks me to please put ol' Vincent Chase on the guest list. Vince gives me a smug smile of triumph and enters the show for free.

If you don't like it move back to Clvlnd.

Lipstick on a pig. Still a bar.

Hilarious, anon at 9:58 AM! Absolutely nothing to do with the place, except for your right on 'P.S.'.

P.S. I have been at gigs like that, where 90 percent of the audience is family and friends of the band.

right over your head

ahh so 2015. Should have gone with The Pokemon or The PKMN

THE place in NY for Private Dicks

One of the worst actors to ever hit it big. Non-story.

Rock and roll seems dead anyway, and this pussy little artisanal bar passing as a rock venue ain't gonna save it. You think there would be more charged rock and punk music with the country about to elect the chief executive figurehead.