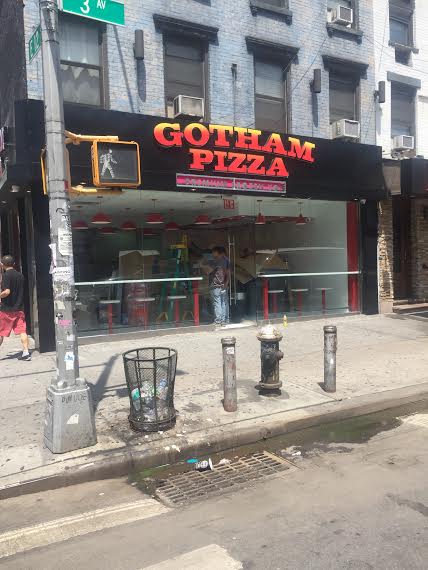 The other day workers removed the paper from the windows at the incoming Gotham Pizza on Third Avenue and 12th Street ... as these photos by EVG reader Laura K. show...not much to see inside just yet — mostly boxes... 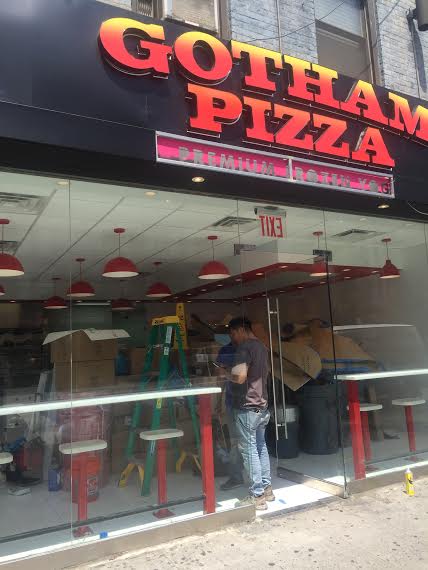 ...Workers papered up part of the windows again by the end of the day Saturday... 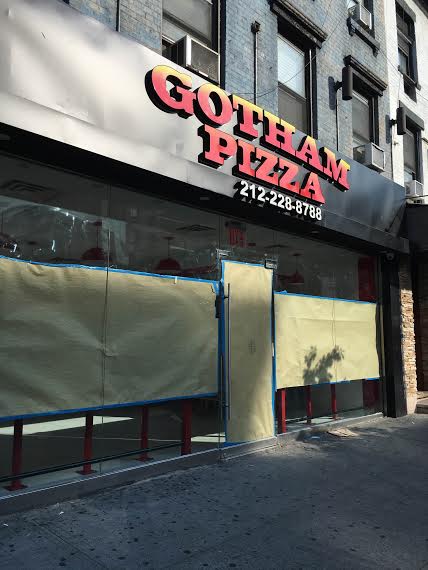 Anyway, people have told us that they like the pizza here. (There are several other locations in the city.) Serious Eats gave Gotham Pizza high marks, particularly for its super-thin crust that includes "a smattering of breadcrumbs," in this 2009 review.

No one word on an opening date just yet for the Third Avenue spot.

As you probably know, the space last served up the FroYo via Funkiberry.

Previously on EV Grieve:
Funkiberry-replacing pizzeria revealed on 3rd Avenue
Posted by Grieve at 4:16 AM

Man that is one ugly sign. Not as bad as Funkiberry, but why do both new buildings and new signs have to all be so Godawful?

A fro-yo place is replaced by a pizza joint and yet you find something to complain about? Seriously? Its called Gotham Pizza and its pretty good. Is there anything that makes you people happy? SMH.

And another thing -- I don't like the looks of those stools. Who wants to sit on a dang blasted Tic Tac? Oooh, and that ceiling looks a little low to me. Not good. Not good.

I was just talking to a friend the other day about how neither of us has ever patronized a business at this location because the appearance of the rest of the building scares us away. The landlord could even just paint the building to at least make it look like it is kept up. I always wonder what else is going on inside when the outside looks this bad.