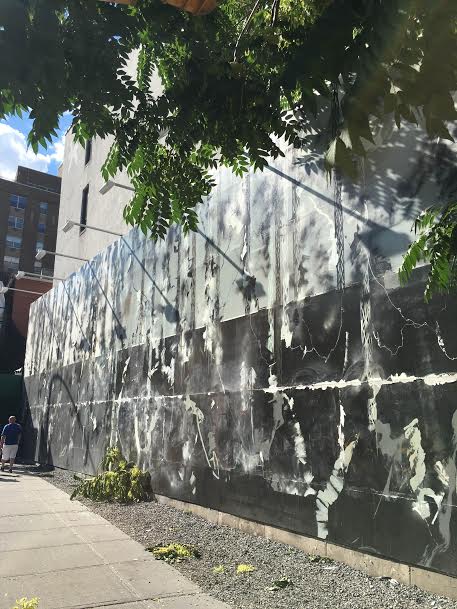 Logan Hicks, known for his photorealistic stenciled paintings, will be the next artist to work on the Houston/Bowery Mural Wall.

According to a news release issued yesterday by landlord Goldman Properties, Hicks is scheduled to start work on his mural, titled "Story of My Life," on Monday. It is expected to take several weeks to complete.

Here's more about the piece via the release:

The Bowery Wall mural will be Hicks’ most personal piece yet. His signature architectural landscape is set on Greene Street where a massive photo shoot took place on May 22. For the shoot, Logan invited dozens of friends and family to participate, and be represented in a “crowd scene.” The mural represents his past, present and future here in New York City, telling the story of his life through the people who have touched him.

The current work by FUTURA (aka Lenny McGurr) went up last September.

Several readers have noted that the whitewashing of the wall is underway... this morning... 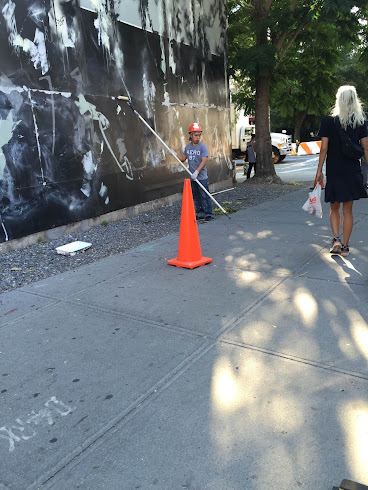 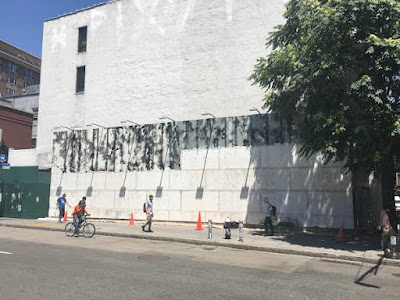