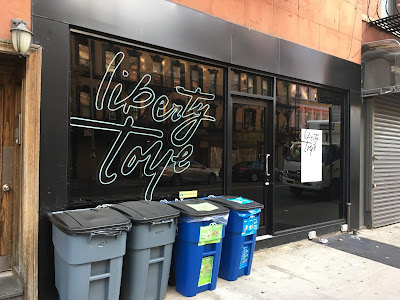 As previously mentioned, Liberty Toye is the name of Ben Shaoul's condoplex taking over his nursing-home replacing rentals at 62 Avenue B.

And now, the sales office at 44 Avenue B between Third Street and Fourth Street sports neon signage ... 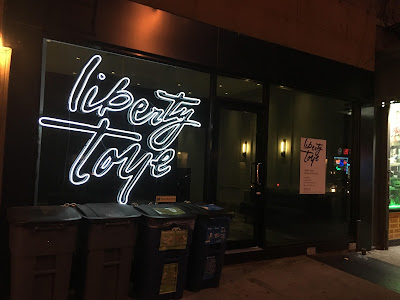 There's still just a teaser site up to request info about the condos on Avenue B and Fifth Street, where yesterday workers removed the Bloom 62 banner on the north-facing wall... 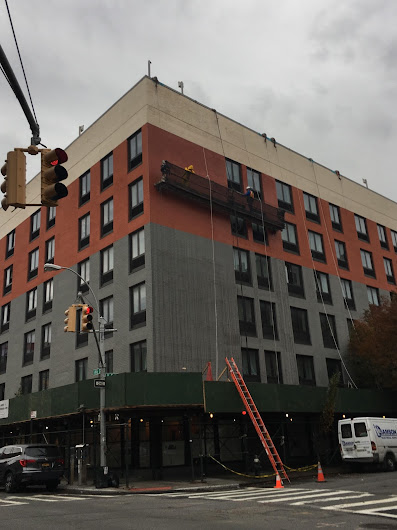 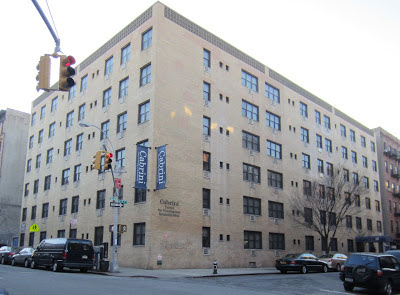 why does "Liberty Toye" annoy me so much? asking seriously.

Because it's a stupid, vacuous, shallow mingling of disparate or made-up words jammed together with no thought as to any kind of meaning, that's going to be plastered all over what was formerly a useful building that had a worthwhile purpose?

The only people that will buy one of these rat cage size apartments will be for investment with zero plans on ever visiting the building never mind living there.

Please tell me what the name means. Anyone. Ben?