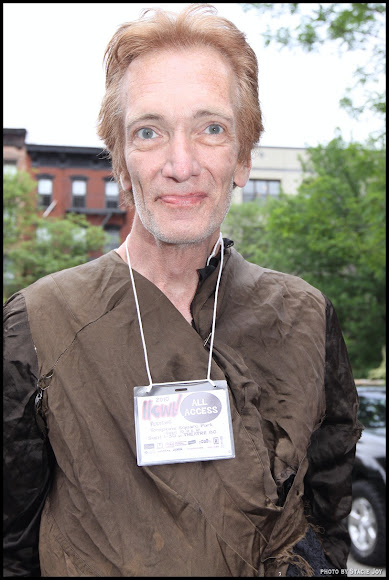 [Photo of Brian Butterick from 2009 by Stacie Joy]

Downtown nightlife legend Brian Butterick, who performed in drag as Hattie Hathaway, died on Wednesday. He was 62. According to a statement from Howl! Arts, Inc., where he served as a board member, Butterick had lung cancer.

His warmth, intelligence, wit and friendship, have sustained all of us throughout his many years as a fierce creative force in the community. Provocateur, satirist, and magnet for bringing together diverse individuals into his visionary process, he was an inspiration and a driving force in the Downtown arts world and in all our hearts. We will miss him.

Artforum had more on Butterick, who was born in the Bronx in 1956:

In addition to shaping the East Village’s queer nightlife as a producer and performer at venues such as the Mudd Club and Mother, Butterick was an early collaborator with and lover of artist David Wojnarowicz. He was also a member of Wojnarowicz’s New Wave band, 3 Teens Kill 4 (Butterick played the drum machine). In the late 1970s, Butterick posed for several of the artist’s iconic “Arthur Rimbaud in New York” photographs.

Around that same time, Butterick got a job doing security at the influential queer cabaret and nightclub Pyramid, eventually becoming its creative director. He also coauthored a history of the club titled "Secrets of the Great Pyramid: The Pyramid Cocktail Lounge as Cultural Laboratory" in 2015. It was there, in the early 1990s, that Butterick developed his Hattie Hathaway alter ego, named for his grandmother and Nancy Kulp’s Miss Jane Hathaway character on the CBS sitcom, "The Beverly Hillbillies." 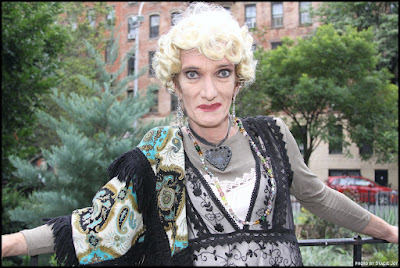 [Photo of Hattie Hathaway from 2011 by Stacie Joy]

In this August 2016 interview with Michael Musto at Paper, Butterick recalled his first nightlife job:

I like to think it was late-night short order cook at the Empire Diner, which was in 1979. Then I was a busboy at Danceteria [a rock dance club at 37th Street], which was really, really long shifts from eight or nine until eight or nine in the morning. They had no liquor license and they advertised in the New York Times! Whatever you can do illegal, they did it. They were all such mobsters. They thought they could get away with it. We all went to jail. By the time they moved it to 21st Street, it was a different branch of the family. Meanwhile, the Mudd Club [a new wavey hangout in Tribeca] was open and Richard Boch was working at the door. After Danceteria closed, I worked at an after hours club called Berlin, which opened at three in the morning. Iolo Carew worked at Berlin and got me the job at Mudd, from 1980-'81.

In a Facebook post, Lady Bunny discussed Butterick's influence during his time at the Pyramid on Avenue A...

A memorial for Butterick is the works; details will be announced in the coming weeks. Meanwhile, people may leave tributes on his website. 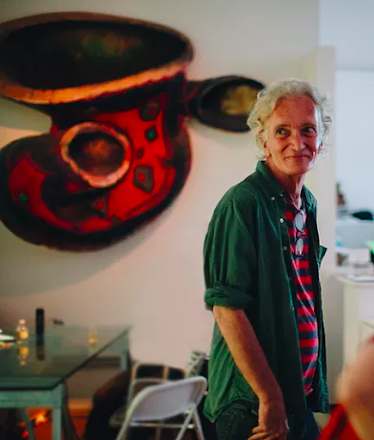 looks like a life well-lived in the greatest city on earth during its most exciting times. RIP

He will be missed. xo

Rest in peace to someone who helped make this neighborhood the vibrant, interesting, eclectic, artistic place that it used to be before the suburbs took it over.

I will always miss the way you called my slim cigarettes tampons..xxxx to Hattie!

Rest in peace sweetheart, wherever that may be :

I believe Berlin was upstairs from where the Anthropologie store on Broadway is located. It was an afterhours bar/ sex club/ hangout that that didn't open until 2am. Pre mallification Broadway was a pretty desolate area on weekends and nights. Drugs and liquor flowed and good times were had by, mostly, all.
Decadent, weird old NYC is gone with the wind..........