A quick look inside the former Grassroots Tavern 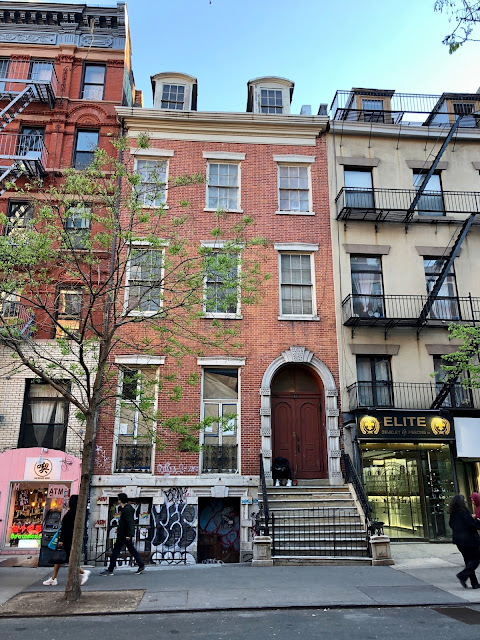 The door was open yesterday at the former Grassroots Tavern, 20 St. Mark's Place between Second Avenue and Third Avenue. 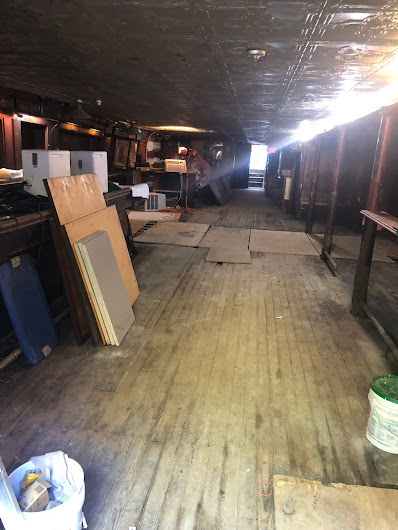 For starters, a good chunk of the long bar is currently MIA ... 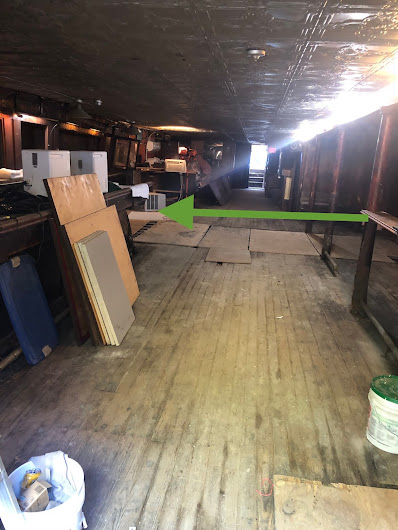 Otherwise, the place doesn't look too different, with that fall-through-the-floor-at-any-moment vibe intact! (We kid because we loved the Grassroots.)

No one was around to ask about the status of the work inside this landmarked building.

A quickie recap on what's going on here: Approved permits are on file for repair work in the lower retail space, the longtime home of the Grassroots until New Year's Eve 2017.

Precious said last August that the former Grassroots space was in bad shape — including structural damage. The approvals for the renovations in the landmarked building had been slow going. (In November, Previous was hoping for a spring opening.)

20 St. Mark's Place, known as the Daniel LeRoy House, was built in 1832. It received landmark status in 1971, and added to the National Register of Historic Places in 1982.

Last call at the Grassroots Tavern
Posted by Grieve at 4:01 AM

It truly amazes me that people/corporations are buying these beautiful old buildings to only spend tons of money to make them look new. Why not spend the money and renovate them back to their beautiful architecture. If you have no regard for history or nostalgia then buy new, or build new or go to another neighborhood. Where is landmarks, and DOB?

Word is Precious/GingerMan is/are out of whatever deal they made holding it in limbo for too long. So the place is back up for rent too. Word is it's a gut renovation to come soon as the rubbish guys were clearing the cellar of bar stuff yesterday and they will be back for the rest. Yes the long bar has been chopped and prospective tenants are being schmoozed.

Confirmed! This bar is over and forever gone. More and more of the wear on this 185 year old building reveals itself. The 100+ year old mural hidden behind the full length bar has been revealed!!! Very cool! Will it be considered for a save?

This never seemed like an attempt to make it look new. The structure has been neglected for decades and has stability problems. This is what a renovation looks like. The real problem is that the cost is probably so high that they'll now rent it at a higher rate to someone who will gut the interior entirely because the monied folk don't appreciate that saw dust and urine atmosphere. And it will probably serve noodles because the margin around here can only cover $1 of food ingredients for every $13 dish, or $18 cocktails.