Report: East Village apartments are sitting empty because they're too expensive 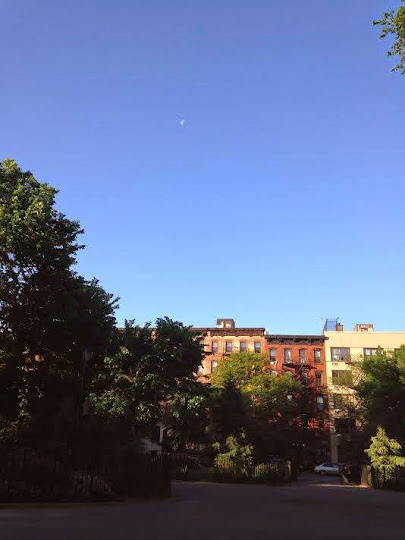 That's one takeaway from a report that Citi Habitats released yesterday.

The East Village had a vacancy rate of 2.08 percent in August — the highest in Manhattan.

“The reality is these prices are getting to the point where tenants are like, ‘You know what? It’s not worth it,’” said Gary Malin, the company’s president.

Although the East Village does not have the most expensive apartments in the city, tenants may feel they are paying too much and can find better value in other neighborhoods, Malin said.

According to the report, studio apartments rented for an average of $2,191 last month while one-bedroom units went for $2,613.

Find a PDF of the report here.

Yes, the bubble is starting to burst. You can only charge grownups so much money for a cramped apartment when your neighbors are Brostitutes and there are newer, larger and cheaper options in more civilized neighborhoods.

Part II of the bubble bursting is in full swing as the Euro is projected to fall from $1.29 today to $1.05 in 2 years due to the ECB slashing interest rates. Paris better get ready for a big crush of New York shoppers.

Even the Canadian Dollar is falling, which means our Maple Syrup is about to become somewhat affordable again.

The British Pound is also due to decline since Scotland wants nothing to do with the UK anymore, and with several more royal babies on the way there won't be much money left to go around.

All those fashionable ex-pats wandering around the EV with the interesting accents and nice shoes will suddenly be paying through the nose for everything they used to think was so cheap, making it even harder for landlords to price gouge.

After real estate collapses, Hotels and restaurants are going to take the biggest hits followed by Froyo shops and hopefully all those dirty, noisy tour busses.

New York's tourst-based economy is about to take a big hit. I plan to send a thank you note to Bloomberg for this one.

For the first time in over a decade I've noticed a vacant apartment in our building. It's been that way for almost a month. Unheard of since our building began conversion of apartments to student housing. This might help explain that.

Oh, Giovanni, you've given me a ray of hope. Thank you!

The millennial baby boom (a demo that is larger than the post WW II baby boomers) is now reaching its mid twenty something peak. Don’t look for any long term relief soon, I predict this is a just a temporary blip since major NYU and dorm expansion (see PS 64 tread) is still in the pipeline. And parental funded EV apartment living seems to be, at least for now, immune to economic downturns. Damn you John Sexton, damn you all to hell. Anyway, my take. And who the fuck is East Village Today? An actual fan of the Death Star?

I love hearing this. I have lived here for years and I love my neighborhood but if I was coming to the city now there is no way I would pay $3,000 a month to live in a dumpy tenement like mine. You can do way better in other neighborhoods.

Well after 24 years living here, I've been evicted and have to move. I can't seem to wrap it around my brain. I'm devastated. I think I might be heading to the upper East Side…..all I can afford in Manhattan that would be closer to my job and be convenient for dog walks.
Hopefully I'll bump into George and Weezie.

My business involves importing from Europe and just in the past week I have seen the US $ get stronger than is has been in 4 years. I hope it is not just a temporary state but will continue going forward. Giovanni makes many good points about how this will affect our city in a good or bad way depending on if you enjoy seeing European tourists everywhere (you work depends on them) or like myself wish they would all stay at home or go to Viet Nam instead. Bloomberg created NY as a mecca for domestic and foreign tourists. The domestic want Ihop and 7-11's, the foreign want Momofuko and rooftop bars on the Bowery. I can live without all of that shit and pray that someday they will stop coming and Foodies, hipster, and trust funders will leave us alone.

The upper middle class which coddle their college student children and pay over $3000 for a tiny one bedroom walkup apartment here are idiots. Hopefully they are coming to the realization that they are getting ripped off by the greed asshole landlords and stick their kids in another hood. This cannot come soon enough. I would love to see companies like Ikon get left holding a bunch of buildings that nobody is willing or able to rent.

This is reason to rejoice. Parents are starting to think twice about being a co-signor on leases (thus, less students or trust fundies?).

Dear god, $2,600 for a one bedroom in the EV. Insane. I'm a college educated, professional making a decent salary, and i can't afford that. I guess my fantasy of moving back to the EV from brooklyn will remain a fantasy.

I love hearing this. I have lived here for years and I love my neighborhood but if I was coming to the city now there is no way I would pay $3,000 a month to live in a dumpy tenement like mine. You can do way better in other neighborhoods.

The New York Times is tirelessly promoting the Upper East Side as having affordable middle-class apartments chock-full of amenities. I say, good! Let the hipsters figure it out; I fully expect the UES to be the next trendoid neighborhood; what goes around comes around.

And to tell you the truth, the UES was the first neighborhood I explored as a pre-teen—and I loved it—but then there was Fiorucci right next to Bloomingdale's. Lexington Avenue was very, very cool in the 70s—or at least I thought so. I'd love to see it through my 30-years-older eyes.

I've said for years that if I could afford to move, I would. (I lie, of course.)

Was it worth it to break up our comunity, and steal the working people's opportunities to have a happy lfe too? I saw this coming for sure.