The for rent signs have arrived at 145 Avenue A, former home of Cafe Pick-Me Up, who was rent hiked out of its 20-year home here at East Ninth Street. (The cafe is now doing business from its sister restaurant Gnocco at 337 E. 10th St. just west of Avenue B.)

As for No. 145, the asking rent is $15,000, according to the listing, which also notes the space is perfect for "restaurant, bar, clothing store, salon, and all general retail uses."

An EVG reader sent along this photo showing what's left of the interior last week... 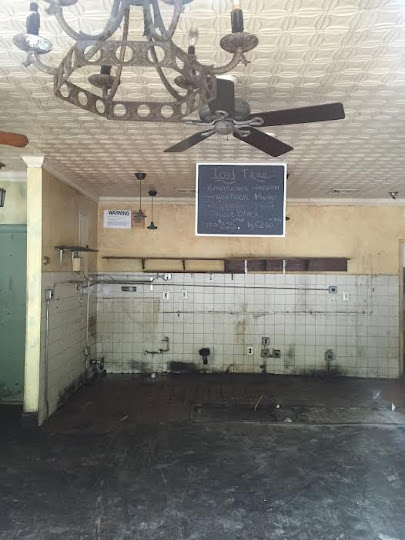 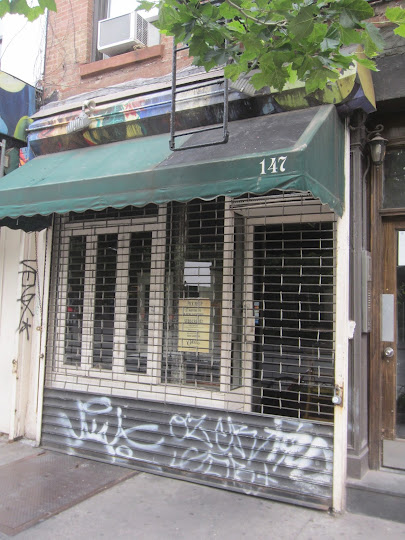 More about the new Café Pick Me Up-Gnocco combo on East 10th Street
Posted by Grieve at 4:30 AM

Email ThisBlogThis!Share to TwitterShare to FacebookShare to Pinterest
Labels: Cafe Pick Me Up, for rent

Icon is proving to be a terrible and unscrupulous landlord in several buildings including their criminal inaction at 128 2nd Ave. Whatever business comes in here should be boycotted.

We need an NYU bookstore outpost!

That's a serious mess inside there.

Icon should be boycotted by *everyone*, including renters - but it seems over-aged frat boys are very happy living in buildings owned/run by people just as obnoxious as they are. Like attracts like.

I get shivers overtime I see that twisted Icon logo. It reminds me of some 1990's move about a totalitarian corporation hell bent of taking over the world and in the process destroying it.

147 is i believe the location of the second incarnation of the Peace Eye Bookstore, Ed Sanders' headquarters some time in the 60's. Fug You by Sanders describes it and some of the shit that went down there.