Updates: A new beginning for Diane McLean and her 3 children 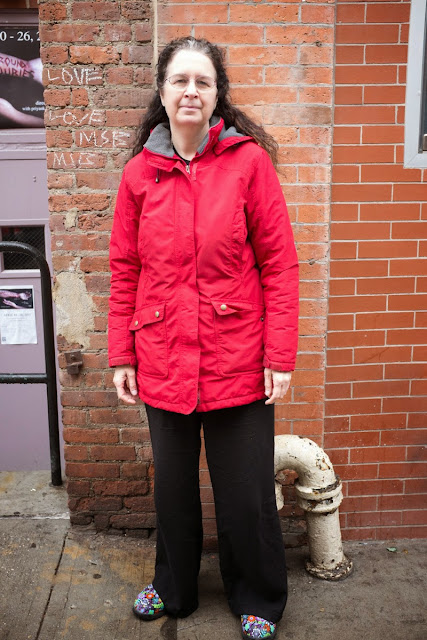 [Photo from April 10 by James Maher]

Diane McLean and her children Rose, James and Annabelle were among the East Village residents who found themselves without a home after the deadly gas explosion on March 26.

We featured her in Out and About in the East Village on April 15.

I’m absolutely trying to take a positive attitude. I believe in the future and I’m a positive person. But that does not mean that we’re OK. People gave me everything I’m wearing besides my shoes and my jacket — the shirt, the pants, the socks. But I feel good about that. I’m walking around and I can say, ‘Oh yeah, Lori and Rachel gave me that,’ and my kids can get up in the morning and say, ‘I’m putting on Ella’s clothes, I’m putting on Zachary’s clothes.’ We’re wearing people’s care and that’s practically helpful, but now we have to get to the next step. I’m really overwhelmed on how we’re going to get there, and that’s what I don’t know.

At the time of the interview, she was looking for a place to live with her children.

This past Friday, the Huffington Post noted that Diane found a new place to live in Bushwick.
Posted by Grieve at 6:44 AM

This is the best that our city and community groups can do? Shame. All those fundraisers and they cant even raise enough consciousness and bucks to get her a subsidized place in the EV where's she's called home since 1979.

Im pretty sure the takeaway here is that she now calls home in a different zip code.

Click on her name in the article and it links you to a gofundme site where you can donate to her finding a place. Happy? No need to shame others.

There are 60,000 people in the shelter system who would take this apt in a heartbeat. As far as getting her a subsidized place in the EV- where are available subsidized apts? Are there any? Single mom with 3 kids has housing issues. What a shock.

According to her go fund me site, more than $100k has been raised out of a desired amount of $200k.

Digusting that someone who has lived in the hood for that long has to move to fucking Bushwick. Ridiculous. Not sure why she couldn't put that gofundme money to use for housing over here, though.

If you have 100k raised you wont get a subsidized apt or benefits.