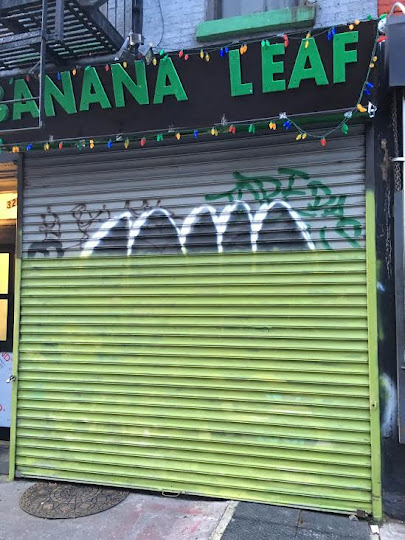 We noticed that they were closed on a recent weekend night.

And now after just a few months on the block, they are apparently closed for good.

Vinny & O sent along these photos from last night... showing that the place is now called Tonkatsuya... 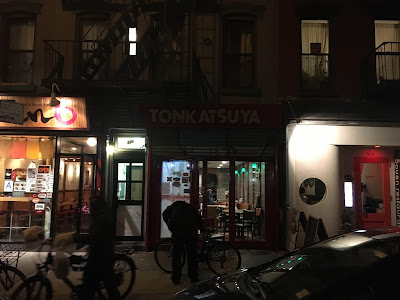 ... and they are hiring waitstaff and delivery people, per the sign on the door... 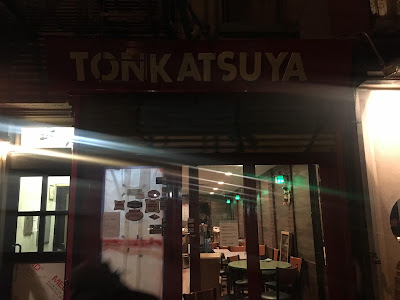 We called Banana Leaf's number... only to hear an outgoing message for Spice Cove.
Posted by Grieve at 4:14 AM

Email ThisBlogThis!Share to TwitterShare to FacebookShare to Pinterest
Labels: Banana Leaf, restaurants that are now closed

Not a permit for any of these restaurants, we had to call 911 yesterday for the unpermitted demolition at Ikazaya. FIre Dept can't do a thing. Noise people can't do a thing. Rosi adn the Community Board can't do a thing. Izakaya in retrubution left their exhaust motor on all night. Since i haven't slept in 48 hours due to this harassment, I am no longer responsible for my actions.

What happened to Banana Leaf? They just opened... were they shut down because of a lack of permits?

I cannot believe that the Fire Dept. can't shut down the illegal demolition! That's a drag.

from DNAnfo
You Won't Be Arrested For Public Drinking, Urination in Manhattan: NYPD, DA
The change only applies to Manhattan, officials said. Read More...

perfect for the bars - more bars, chains, head shops etc. all feeding the transient, tourist and student population. pretty much all inconsiderate and antisoial.

nothing (including law enforcement, sanitation, etc.) for the benefit of the stable (and unstable) residents.

Bummer. They were better than the Sri Lankan place around the corner. Their website is still up but you can't eat that.

Based on my crude knowledge of menu-Japanese, the new place will serve up breaded, fried pork cutlets.

Checking on my illegal construction complaint - "someone will be there with a day and a half" - as of now, 48 hours later, no inspection has taken place. Businesses know the City is crippled, on purpose. SO we have cops sitting on their ass all over the city with their machine guns doing nothing to look tough for tourists, meanwhile the taxpayers get nothing but shit. This is not going to get fixed until the perps get taken out.